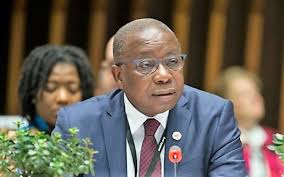 Government has ordered about 355,000 AstraZeneca vaccines from Europe and will be available by the middle of March this year to cover an estimated population of 20 million.

Making an appearance before the Appointments Committee of Parliament (ACP) as the President Nana Addo Dankwa Akufo-Addo’s first nominee, the Minister-designate for Health, Mr Kwaku Agyeman-Manu said: “We are making arrangements to cover the entire 40 million Ghanaians within the period of time.”

He told the committee that Ghana currently did not have the storage infrastructure for Pfizer vaccines that required the drugs to be stored at zero temperature.”

“The good news is that we are getting support from COVAX and the African Union (AU), which had set up an African medicines supply platform,” he said, and gave an assurance that more vaccines would be available as more countries were yet to get certification for their vaccines.

The Minister-designate, who is also the NPP Member of Parliament (MP) for Dormaa Central, was accompanied by his wife and some traditional rulers from Dormaa.

Mr Agyeman-Manu called for an increment in the levy and the premiums paid by individuals into the National Health Insurance Scheme (NHIS) to stop the scheme from possible collapse.

The proposed increment, should it be considered, must not affect contribution from the pension premium from the Social Security and National Insurance Trust (SSNIT), as it is part of people’s pension.

Mr Agyeman-Manu blamed the pressure exerted on the scheme on population increase, stagnation of premiums paid, cost escalation in terms of medication, equipment and devices used at health facilities, as well as the skills needed to provide healthcare services.

He said there was the need for urgent increment in both the levy and the premiums paid by individuals to ensure the sustenance of the scheme.

Time to increase levy and premiums

The minister-designate said if the idea of an increment was not seriously considered, there might not be enough funds to adequately finance the scheme into the future.

“But for health insurance, I must be honest to tell colleagues and the whole country that cost for healthcare continues to escalate, but the premium that we pay to health insurance has been stagnant for a very long time since the time we started.

“If we don't find a way to bring in some extra resources, either through increments in premiums or through more government resource allocation to support the scheme, going forward we may not continue to see its efficient performance as it is,” he told the committee.

Mr Agyeman-Manu, who was the Minister of Health during President Akufo-Addo’s first term, told the committee that he had inherited a scheme which was in coma.

The scheme, he indicated, owed 12 months in arrears to health facilities, some of which were charging patients quietly for services rendered, making patients not to be benefiting from the scheme at all.

“We only had a structure that was paying people little amounts of money that they get for their salaries, but down the facilities there was nothing happening,” he said.

He told the committee that the NHIS had only paid health facilities arrears owed them up to August last year and stopped short of disclosing the outstanding liabilities of the scheme to facilities.

The minister-designate was optimistic that if the scheme continued to get releases from the Ministry of Finance, as it had been doing over the last four years, it would have the resources to be able to meet our reimbursable expenditures from health facilities.

“If that does not happen, it is likely we may go back to the same old problem of accumulating arrears that will hamper the efficient performance of the health insurance system, he said, adding that the releases from the MoF included bonds, including about GH¢400 million, as there were debts that were inherited to ensure sustenance of the scheme.

When the Minority Leader, Mr Haruna Iddrisu, quizzed him about the last time frontline health workers were paid their deserved allowances, the minister-designate admitted that there had been some delay in the payment of allowances to some frontline workers.

He said the MoH set up a system to solicit data from health facilities and that last week the Ministry of Finance queried the number of frontline workers that came up, “so the facility managers were asked to review the type of list that they had brought”.

He agreed to a suggestion that the late allowance payment could demoralise frontline workers, saying: “I expect that by the close of this week, money would have been released to pay them.”

Responding to a question from the MP for Madina, Mr Francis Xavier Sosu, about what he would do to mechanise the many contract health workers, some of whom had remained casual for more than 17 years, the minister-designate said as early as 2017, when he was sworn in as Minister of Health, he wrote to all health facilities not to recruit contract workers until stakeholders engaged to find solutions to their plight.

He said prior to 2017, most of those facilities were not getting financial clearance but needed nurses, midwives, cleaners and laundry workers and paid them with what they generated internally.

Responding to a question on the lack of funding for mental health care in Ghana and the need to consider an amendment to the Mental Health Act to place mental health care under the NHIS, Mr Agyeman-Manu answered in the affirmative.

“Yes, I will consider; if an amendment of the law is what will solve the problem, I will so do,” he said.