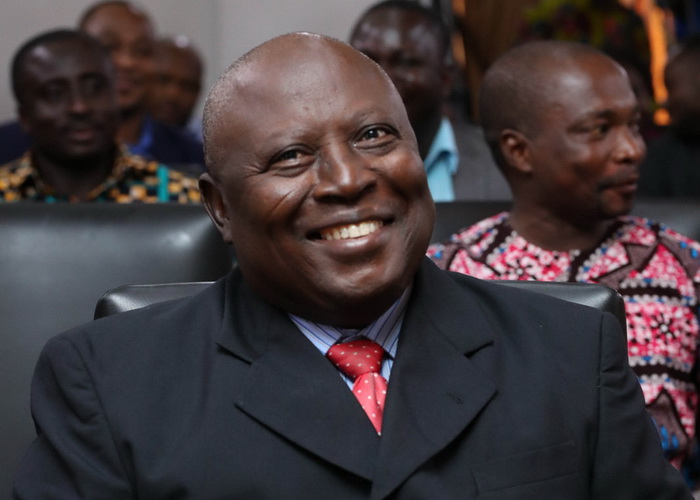 The Office of the Special Prosecutor has concluded in its risk of corruption assessment that the Agyapa Mineral Royalties deal is not transparent and also does not help in the fight against corruption.

To the Special Prosecutor, Mr Martin Amidu, “the assessment resulting from the examination, and analysis of all the five (5) Agreements making up the Transactions Documents is that they each suffer from the same lack of probity, transparency, unaccountability, illegality and unconstitutionality."

He concludes that the very nature of secrecy and confidentiality surrounding the Agreements and Indemnity Agreement in particular, does not conduce to the prevention of corruption and fighting corruption in the extractive mineral sector,” the report which was signed by the Special Prosecutor, Mr Martin A.B.K Amidu said.

Mr Amidu added that his assessment showed that there was no guarantee that the Agyapa deal would not lead to an embezzlement of public funds.

“There is no guarantee that the sovereign minerals income royalties being ceded to Agyapa Royalities Limited is not and will not be a leaking pipe in the public purse,” he said.

In the report, a copy of which has been seen by Graphic Online, the Special Prosecutor, Mr Martin Amidu concludes that Databank, which has links to the Minister of Finance, Mr Ken Ofori Atta was smuggled into the deal through Imara of South African as a "decoy".

According to him “the whole of the fees for the bid purportedly won by Imara of South African with its decoy, Databank of Ghana, is to be paid in United States Dollars to Imara Corporate Finance Limited (Pty) of South Africa."

"The Mandate Agreement does no say how and when the decoy, Databank of Ghana, was to be paid by Imara for a contract purportedly won and performed jointly."

"This opaque arrangement in the contract negotiation process not arising out of the Public Procurement Authority approval is what made the analysis of the risk of corruption and anti-corruption assessment conclude that the process of the selection of the Transaction Advisor(s) disclosed a reasonable suspicion of bid rigging and corruption activity including the potential for illicit financial flows and money laundering in the arrangement of how the fees payable to Databank of Ghana as the decoy which was not approved under the Public Procurement Authority Act, 2003 (Act 663 as amended) are to be made."

He added: "There was thus a zero chance arising out of individual interests at the Ministry of Finance and Imara/Databank of expecting impartiality and neutrality on the party of the Transaction Advisor(s) in advising the Republic of Ghana as a national corporate entity representing the unitary interest of its Chiefs and people."

Read also: Agyapa Royalties deal to go back to Parliament

Already,  President Nana Addo Dankwa Akufo-Addo, has instructed the Minister of Finance, Mr Ken Ofori-Atta, to return to Parliament to reconsider the structuring of the Agyapa Mineral Royalties Limited.

This follows the completion of corruption risk assessment on the Agyapa Royalties deal conducted by the Office of the Special Prosecutor (OSP).

The Office of the Special Prosecutor forwarded its recommendations of the assessment to the President and the Minister of Finance on October 16, this year.

President Akufo-Addo’s directive, according to sources at the Jubilee House, prioritised areas for Parliamentary scrutiny to include allocations from the Minerals Income Investment Fund (MIIF), the relationship between its subsidiaries and third parties and the scope of investments involved.

This is the second time in four days that the President had acted upon findings submitted to his office by anti-graft agencies.

The first was last Friday, when he acted upon a report from the Commission on Human Rights and Administrative Justice (CHRAJ) which found the former Chief Executive Officer of the Public Procurement Authority culpable of conflict of interest in the award of contracts.

The government suspended the Initial Public Offer (IPO) of the Agyapa Royalties Limited on the London Stock Exchange (LSE) on October 1, this year.

“Please be informed that the ministry will continue to collaborate with your office and await the results of the corruption risk assessment on the transaction before proceeding with the launch of the IPO,” a letter signed by a deputy Minister of Finance, Mr Charles Adu Boahen, addressed to the Special Prosecutor, said.

In the Office of Special Prosecutor’s letter of September 28, this year, the Special Prosecutor wanted to receive the opinion on the transaction as given by the government’s principal legal adviser, the Attorney-General.

The Special Prosecutor had requested for all available documentation to enable him to do the corruption risk assessment on the deal and insisted that courtesy demanded that having decided to conduct the assessment, it was proper that the transaction was put on ice until the completion of the exercise.

The government had planned to launch the IPO in September, this year, to be completed in December.

Below is a copy of the full report