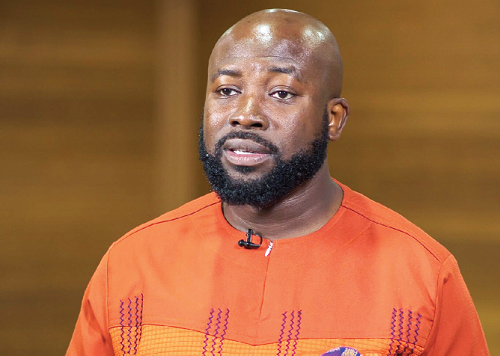 The Chamber of Bulk Distribution Companies (CBOD) has called for a competitive foreign exchange rate for the downstream oil sector to ensure consumers will have the most efficient fuel pricing mechanism.

According to the chamber's Chief Executive Officer, Mr Senyo Hosi, there would have been a four per cent drop in prices which would directly impact consumers if the government had put in place such a policy.

Speaking to the Daily Graphic on the backdrop of escalating fuel prices in the country lately, Mr Hosi said that the petroleum sector players often purchase the products in foreign currencies but had to sell in the local currency and subsequently converts such again to be able to undertake newer transactions.

“The Bank of Ghana (BoG) is selling the United States dollar at GH¢5.88 whereas the open market is selling it at GH¢6.11 with the forward market at about GH¢6.25 and if all players will stick to the BoG rate, there will be significant stability with the prices at which consumers could purchase fuel on the market,” Mr Hosi said.

The Chamber and the Ghana Association of Bankers, he said, were creating what they called Oil Market Foreign Exchange Project, which would run like an auction market for the BDCs and the banks to co-manage.

The project, he said, would be under the supervision of the central bank and would provide a mechanism for the central bank to monitor the exchange rate the downstream sector was getting and where necessary, provide that service to the players instead of the general market.

Prioritising the forex rate, he said, was key and the petroleum sale market, he stressed, provided that perfect way to do that.

Mr Hosi pointed out that there were presently 11 taxes and regulatory margins in the petroleum chain.

Consumers, he said, were being made to pay for power and petroleum sector debts executed in the past with rates ranging from 49 pesewas as energy debt recovery levy.

“We may not have had to be incurring so much debt, losses and cost; however, the bad power purchase contracts that current government and past governments have influenced and executed had also added 20 pesewas energy recovery levy, which is again a function of certain mismanagement in the power sector,” Mr Hosi said.

The energy sector recovery levy, for example, he said, could not be scrapped since the government had tied it to the energy bonds issued by ESLA PLC.

The sanitation levy, for example, Mr Hosi underscored, ought to be based on a polluter pay principle and not being charged on petroleum.

“What this means is that we are not encouraging responsibility on the part of the citizenry, neither are we enforcing adequate rules given the government the easy way out to levy petroleum products because it is an easier way to raise funding,” Mr Hosi said.

BOST, he maintained, charged commercial rates for all of its activities and those rates were supposed to expand the company and maintain its facilities.

“There is no reason to continue to give them GH¢500 million in a year in addition to what they make. It is a complete abuse of the consumer,” Mr Hosi reiterated.

Other elements such as the transportation margins, he said, went to add 30 pesewas and these jointly generates GH¢2 billion under the current pricing and with the volumes estimate a year.

He called for the need for long-term strategies and said there were limitations to what one could do about petroleum pricing. Some come in with revenues that are required to be generated, hedging, etc.

However, there are long-term actions that could be created relative to the impact of the petroleum pricing to the consumer.