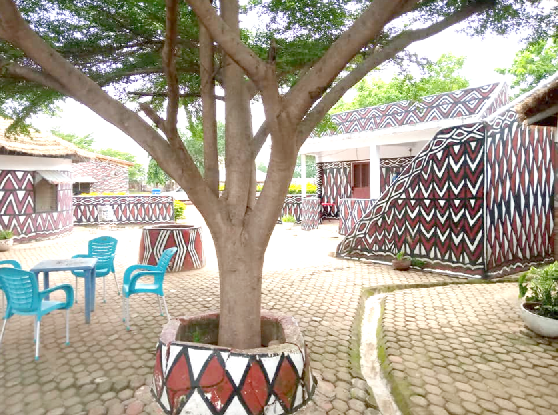 It took an act of perseverance and visionary leadership by Miss Melanie Kasise to unearth the potential and creativity of many poor women at Sirigu, a farming community in the Kassena Nankana West District of the Upper East Region.

Now these women, through the pottery and arts industry, have gained international recognition which has transformed their lives from abject poverty to prosperity.

Some of the women trainees at SWOPA

It all began in 1997 when Ms. Kasise conceived the idea of establishing the Sirigu Women's Organisation for Pottery and Arts (SWOPA) at a time when many young women left the Sirigu community to find jobs elsewhere.

Faced with declining yields from farming, it became not only important to revive the traditional arts of the women of Sirigu but also to leverage it as an important source of income for the women for the upkeep of their families.

Many children owe their education and health care to income generated from the handicrafts and traditional arts produced by the women of Sirigu. This has been Ms Kasise’s lifelong dream and ambition.

The SWOPA started with only 54 women. Currently, more than 400 women have so far been trained by the organisation. They are made up of 50 basket weavers, 100 pottery makers, 50 canvas painters, 25 mat weavers, 20 batik tie and dye makers, 25 wall designers and 80 petty traders among others.

SWOPA has now opened a visitor centre, gallery, workshop and guesthouse complex where visitors can see and buy functional pottery and baskets.

Located about 36 kilometres north of Bolgatanga, the regional capital, the Sirigu community is a fascinating example of local women taking action to preserve their arts and culture.

This community, through SWOPA, is home to beautiful pottery and basketry, interesting architecture and decorative wall paintings.

Their paintings also tell stories of their ancestors, beliefs and everyday activities. Notable among the wall paintings is the painting of a bird with a human head. There are other wall paintings that symbolise many things. 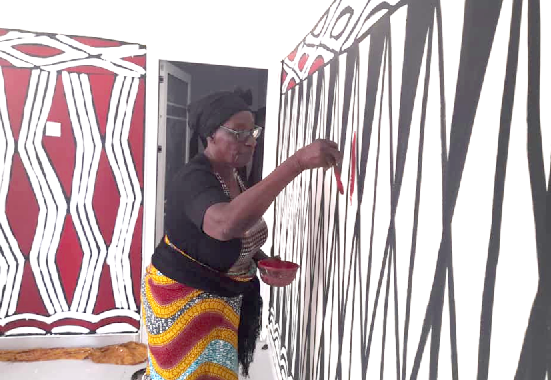 The drawing of a cow for instance on the wall is a symbol of wealth while a bird symbolises hope for the future. A fish symbol shows a happy home while a basket represents caring for one another. Bird and lizard symbols also show friendship.

Through its tourism activities such as arts and culture, SWOPA has been able to create self-employment for some of the women in the community.

Currently, the community, by virtue of the positive impact SWOPA has made over the years, is one of the highest tourist arrival sites in the region, with 1,064 tourist arrivals recorded for the area in 2019.

It, therefore, did not come as a surprise when SWOPA was subsequently adjudged the 2019 best tourist site in the Upper East Region by the Ghana Tourism Authority.

On the international scene, in 2015, SWOPA was honoured with a communications award from the International Cooperation and Development Directorate-General of the European Commission (EU) in Brussels.

The success story of SWOPA was adjudged the best in West and Central Africa and the fourth in the world after the Business Sector Advocacy Challenge (BUSAC) Fund presented the organisation's success story to the European Union (EU), one of its development partners.

The BUSAC Fund facilitated the extension of electricity to the SWOPA, which has impacted positively on the fortunes of the organisation by increasing production and the sale of handicrafts and artworks by about 40 per cent.

During the EU year of development, a number of projects sponsored by the EU throughout the world were tasked to submit their success stories for recognition, which the BUSAC Fund did.

The management of SWOPA hopes to train at least 10 young people in canvas painting and basket weaving, drill a borehole to support the women in their art production, search for more market avenues to boost sales for its products and to launch its cultural festival on the first Saturday of December every year.

Ms. Kasise stated that, "We provide a unique opportunity for women to come together to share and find solutions to common challenges, strengthen social ties, enhance our bargaining powers, improve on our skills in the production of quality canvas painting, basket ware, pottery and art, and in so doing improve our incomes."