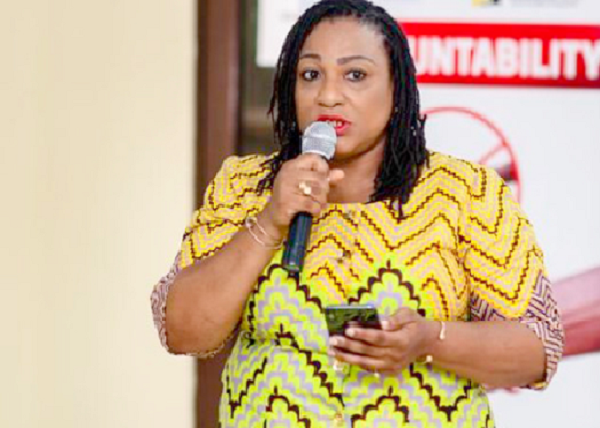 The Chairperson of the National Commission for Civic Education (NCCE), Ms Josephine Nkrumah, has called for stringent regulation, supervision and monitoring of betting centres springing up across the country.

She said this would help to address the issue related to the increasing number of youngsters gradually becoming addicts because of the lack of effective supervision and monitoring.

She said the growing addiction of young people to betting and video games was becoming a complex issue which needed to be addressed at a national level by all stakeholders.

“All manner of betting centres dotted in every part of the country depict bad signals to us as a people, especially in a situation whereby the nation has allowed betting companies to operate without effective systems in place to regulate their activities,” she said.

Sharing her views on indiscipline among the youth in recent times in an interview with the Daily Graphic, Ms Nkrumah explained that bad influences picked from the Internet, coupled with other social vices such as the involvement of young people in betting to make quick money, had desensitised them to the extent that “they think their wrong attitudes were the right way of expressing themselves.

‘‘On one of our of visits to basic schools during our Citizenship Week, a teacher complained about how some of the schoolchildren were prepared to go hungry and use their money for lunch to bet. Some even borrow to go and bet,’’ she lamented.

Ms Nkrumah noted that children of the present generation did not think that hard work paid and always looked out for an easy way to make quick money.

“So while there are no controls on what these young people watch and do, the influences on them become more adverse”.

The NCCE Boss said it was quite unfortunate that operators of betting centres had allowed youngsters in their tender ages - nine, 10, 11 and 12 to engage in betting, although the law allowed for persons who were 18 years and above.

She said the situation was at all levels; from basic schools to tertiary institutions; “so every Ghanaian must speak to the issue for immediate solutions, else the money that we think we are getting as revenue will come back and bite us”.

Ms Nkrumah said another challenge the nation was facing was the fact that some contents on television screens and radio stations were not censored and made room for young ones to pick some vices they saw thinking that what they had watched was real.

“How would two young boys kill another one?” she asked.

“I don’t think parents will sit and watch their children go wayward. Unfortunately, some of these young people practice bad behaviours at the blind side of their parents so they always become aware when things have gone bad.

“The youth of today should let their conscience guide them in whatever they do for they are the future,” she advised.