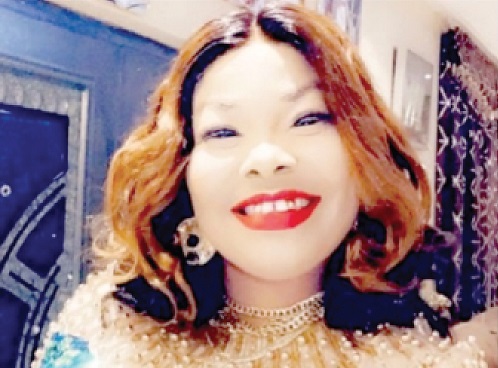 Founder of Heaven Way Champion International Ministry, Patricia Asiedua Koranteng, popularly known as Nana Agradaa yesterday escaped a bench warrant for not showing up in court after the Accra Circuit Court decided to pardon her.

Agradaa, who is standing trial on a charge of charlatanic advertisement and six counts of defrauding by false pretence, failed to appear before the court for her trial.

The Prosecutor, Superintendent Sylvester Asare, also told the court that the accused person had failed to report to the police as part of her bail conditions and that efforts to make her comply with the court’s order had been difficult.

According to the prosecution, Nana Agradaa, aka Evangelist Mama Pat, was not cooperating with the Police.

The prosecution said the accused person was to appear before Circuit Court 10 on January 10, but she did not turn up.

It said the Police received information at another Circuit Court that the accused person was unaware of the next adjourned date, however, her representative was aware of the date, and he (the agent) turned up in court.

The prosecution submitted that the only way to compel the accused person to appear in court was for the court to issue a bench warrant.

"The accused person has refused to meet all the bail conditions. She has not been reporting to the police as she has been directed. The only way to get her to comply is to issue a bench warrant for her arrest," Supt Asare told the court.

Counsel for Nana Agradaa, Mr Paul Asibi Abariga, however, said he had filed a document before the court, indicating that his client was unwell.
Mr Abariga, therefore, prayed the court to disregard the prosecution’s submissions, inviting the court to issue a bench warrant.

Before Circuit Court 9, she is being held on six counts of defrauding by false pretences and charlatanic advertisement in the media.

Nana Agradaa has denied the charges and is on bail.

She is said to have advertised on Today’s Television and other social media platforms on October 5, 2022, that she could double money.

The accused person in the said advert invited members of the public to attend an all-night service at her church at Weija, near Accra for the alleged money doubling.

The prosecution said over 1,000 people visited the church and handed over their money to the accused, but she failed to double the money as promised.

The prosecution said the police commenced investigations into the matter and the accused was arrested on October 9, 2022.

It said during interrogation, the accused person confirmed the case of the six complainants.