Charles Bissue asks court to stop OSP from investigating him 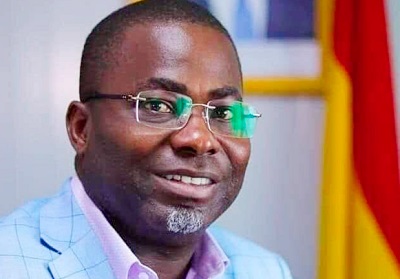 A former Presidential staffer, Charles Bissue, has gone to court to stop the Office of the Special Prosecutor (OSP) from investigating him over certain allegations of corruption relating to illegal mining (galamsey).

In a writ filed on January 4, this year at the Accra High Court, Mr Bissue is of the contention that the police have already investigated and exonerated him of any wrongdoing.

It is, therefore, his case that the OSP does not have the powers to review the investigations of the police or investigate him when the police have already investigated and found no adverse findings against him.

“The plaintiff contends that the first defendant does not have the power to investigate a matter that has already been investigated by the police,” the statement of claim stated.

The suit is against the OSP, private investigator, Anas Aremyaw Anas and his private investigative company, Tiger Eye P.I that broadcasted a video which accused Mr Bissue of allegedly engaging in corruption during his tenure as Secretary to the Inter-Ministerial Committee on Illegal Mining (IMCIM).

The plaintiff is seeking a declaration from the court that upon a true interpretation of the OSP Act, 2017 (Act 959), the OSP does not have the power to review an investigation done by the police.

Again, he is seeking a declaration that the powers granted the OSP under Act 959 does not allow the anti-graft body to investigate and prosecute him when the subject matter had already been investigated by the police.

Mr Bissue also wants the court to declare that the OSP cannot investigate him without investigating Anas and Tiger Eye P.I.

The plaintiff is further seeking an order perpetually restraining the OSP from investigating him about the same issue investigated by the police, unless the police refers the matter to the OSP.

The OSP, in December last year, announced that it was investigating indigenous mining firm, Akonta Mining Limited, Mr Bissue, some officials of the Lands Commission, Forestry Commission, the Ministry of Lands and Natural Resources, some mining entities, individuals and political party officials over suspected corruption relating to illegal mining.

A statement signed by the Special Prosecutor, Kissi Agyebeng, and issued in Accra on December 10 last year, said Mr Bissue was already being investigated on allegations that he used his office for private gain.

“The investigation includes the active and ongoing enquiry into allegations of use of public office for profit against Charles Bissue during his tenure as Secretary to the IMCIM, arising from an investigative documentary titled ‘Galamsey Fraud Part I' published by Tiger Eye P.I.,” the statement said.

In February 2019, a documentary produced by the private investigator, Anas Aremeyaw Anas, and his Tiger Eye team, Mr Bissue was seen allegedly taking money to help an unlicensed company to circumvent laid down processes to be given clearance for its mining operations.

The documentary alleged that the secretary was involved in alleged shady deals to facilitate processes for ORR Resource Enterprise.

“As I have said countless times that money was not a bribe and I did not make any demands whatsoever from any operative or beneficiary of illegal mining while I served on the IMCIM,” he said in a recent statement.

In July 2019, the Criminal Investigations Department (CID) of the Ghana Police Service exonerated Mr Bissue from any wrongdoing or allegation of corruption.

The CID concluded that the documentary which was aired was not a true reflection of what transpired between Bissue and one Yaw Ben of ORR Resource Enterprise.