AfCFTA member countries tasked to be innovative in tax mobilisation 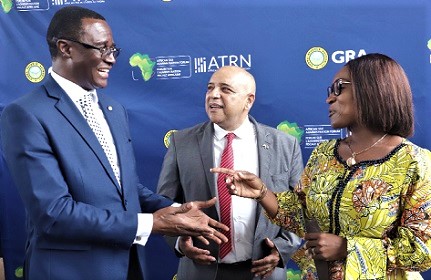 Countries that are signatories to the African Continental Free Trade Area (AfCFTA) agreement have been tasked to adopt innovative ways of mobilising domestic tax revenue to address tariff shortfalls that will occur in the initial stages of the implementation of the initiative.

They can address such challenges by focusing on new streams of domestic tax-related revenue, such as Digital Service Tax (DTS), Environmental Tax, Value Added Tax (VAT) on electronic commerce and taxation of high net worth individuals.

Efforts must also be made to industrialise the economies of member states to rake in more domestic revenue.

This was contained in a speech read by the Deputy Minister of Finance in charge of Revenue, Abena Osei-Asare, on behalf of the Minister of Finance, Ken Ofori-Atta, at the seventh African Tax Research Network (ATRN) annual congress which started in Accra yesterday[September 5, 2022].

The three-day congress, organised by the Ghana Revenue Authority (GRA), in collaboration with the African Tax Administration Forum (ATAF), is on the theme: “Tax and revenue implication of AfCFTA”.

It is being participated by representatives from 36 African states, made up of tax administrators, researchers, experts and academia, who are brainstorming on the revenue implications of AfCFTA to member states.

The Finance Minister said the digitalisation agenda of the government would provide unified and harmonised data for analysis by the revenue authority to rope in more people in the informal sector into the tax net.

He said intra-African exports, as a percentage to total African exports, were estimated about 21 per cent in 2021, a figure which he said was relatively low, compared to levels in Europe, which are 69 per cent; Asia, 59 per cent, and North America, 31 per cent.

According to the World Bank, real income gains from the full implementation of AfCFTA would increase by seven per cent or nearly US$450 billion.

AfCFTA is arguably the largest trade bloc of member-states, being a single market (duty-free-quota-free) initiative covering the entire African continent of a total population of 1.3 billion, with a combined projected GDP of almost US$3 trillion.

The Commissioner-General of the GRA, Rev. Dr Ammishaddai Owusu-Amoah, called on ATAF, the AfCFTA Secretariat and the African Union (AU) to engage more to protect revenues, adding that there was also the need for information sharing and the use of technology to prevent duplication of efforts and ensure the detection of fraud and tax evasion.

The Executive Secretary of ATAF, Logan Wort, said the AU’s Agenda 2063 framework projected that about 70 per cent of its developmental goals would be funded through domestic resource mobilisation (DRM), especially tax revenues.

He said ATAF had recently seen a higher increase in demand for technical assistance in sectors such as customs, trade, business analytics and data analysis, digitalisation, as well as simplification of tax processes.

Mr Wort said the 2021 edition of the African Tax Outlook (ATO), a flagship publication on taxation published by ATAF, estimated that tariff revenues contributed to between 30 and 35 per cent of total revenues of most African countries.