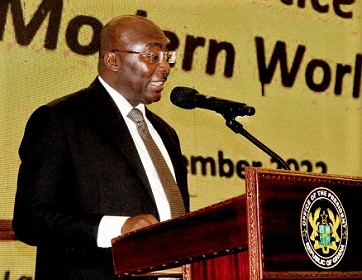 The Vice-President, Dr Mahamudu Bawumia, has called on the Judiciary to embrace digital tools to boost justice delivery.

He said it will be “criminally negligent to ignore the latent power we have and allow the situation to fester where our courts are clogged, citizens are frustrated and justice remains out of the reach of many”.

Dr Bawumia made the call at the 19th triennial conference of the Commonwealth Magistrates and Judges Association (CMJA) in Accra yesterday[September 5, 2022].

The five-day conference is on the theme: “Access to justice in a modern world".

The Vice-President said lessons from the recent COVID-19 pandemic had brought home the importance of digitalisation.

“Advancement in technology means that we do not have to be physically present somewhere to perform a task there. We can reduce the man-hours required to perform any task, super-charge the efficiency of institutions and empower individuals at all levels of society,” he added.

According to him, virtual courts, an electronic case management system and the Justice for All programme could all rely on digital technology to expedite cases, adding that the government would continue to support the Judicial Service to realise that objective.

He said no society could be deemed "organised" if it was not centred on the central foundation of justice that ensured equal rights for every citizen.

Just like other benefits that accrued to the citizenry by virtue of birth, he said, state actors must also ensure that justice was available to all. 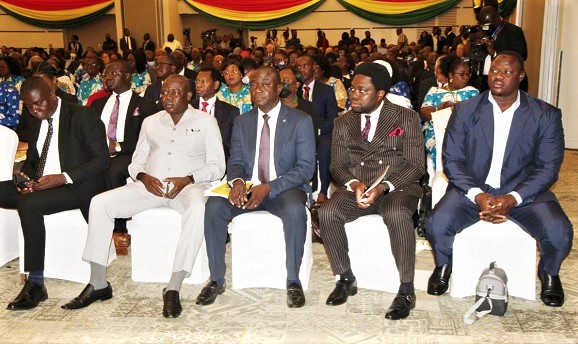 In a speech read on his behalf by Justice Jones Victor Mawulorm Dotse, a Justice of the Supreme Court, the Chief Justice, Justice Anin Yeboah, acknowledged the fact that technology was an effective and budget-friendly means to administer justice.

He said while his outfit was determined to have modern court infrastructure around the country, it had also realised that technology could be employed to achieve similar objectives.

For instance, he said, during the COVID-19 pandemic, the justice system was able to hold court sessions through virtually means.

He said initially piloted in 138 courts, the virtual platform had been rolled out to cover the Justice for All programme to enable convicts to have their day in court.

Justice Anin Yeboah further said technology had also allowed the Judiciary to schedule 17 vacation courts in Accra to allow more people to have their cases heard.

He further mentioned the paperless court system through which processes could be filed, payments made and administrative tasks performed.

The Chief Justice also announced that the paperless system had reduced the cost of litigation, reduced the need for travel, eliminated the possibility of missing dockets and reduced case time.

He said currently the system had 31,000 registered users and 61,099 cases going through it.