A look at beaches in Ghana, Natal

People have various reasons why they love to go to the beach. Some just to unwind, let go of all the stress or watch fishermen go about their business, among other reasons.

At Natal, a city on the Atlantic Coast in Rio Grands, Norte, Brazil, fishermen are seen happily chatting as they mend their nets at the beach.

This city is not too far away from Accra as the Kenya Airlines flight that took us to Natal spent only four and half hours to get us there.

Aside its interesting name, it has some great beaches. At some of their beaches, both indigenes and tourists could be seen with "Pito" canned beer quenching their thirst, others chewing boiled fresh corn, with fresh fish being fried and smoked at the same time.

The pleasant people are quick to greet you 'Ola" (hello) in Portuguese.

Despite all these busy activities at the beach, not a single drop of refuse could be found on the ground.

In fact, no body litters the beach deliberately. Refuse containers have been placed along the beaches and people walk far and near to dump their waste.

Due to curiosity, this reporter tried to speak to some fishermen and residents at the beach on the culture of neatness, but language barrier was a problem as they could neither speak nor understand little English as their official language is Portuguese.

Unfortunately, the story at our beaches in Ghana is quite different and disheartening. From Accra to Axim in the Western Region and other areas in Ghana, what greets you are refuse and human excreta.

The stench at the beaches from Jamestown through Chorkor, Osu and Tema is nothing to write home about. 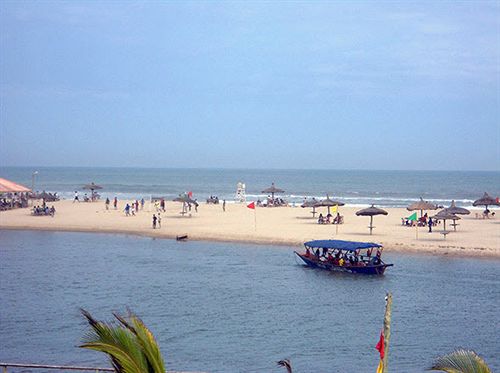 The Jamestown Chief Fishermen, Nii Akaishie III, blamed squatters who had settled on the beaches for the degradation.

He said the only public toilet at the beach was also not hygienic, so the squatters prefer to go to the beach to defecate.

He, however, appealed to the city authorities to place containers at the beach for refuse collection.