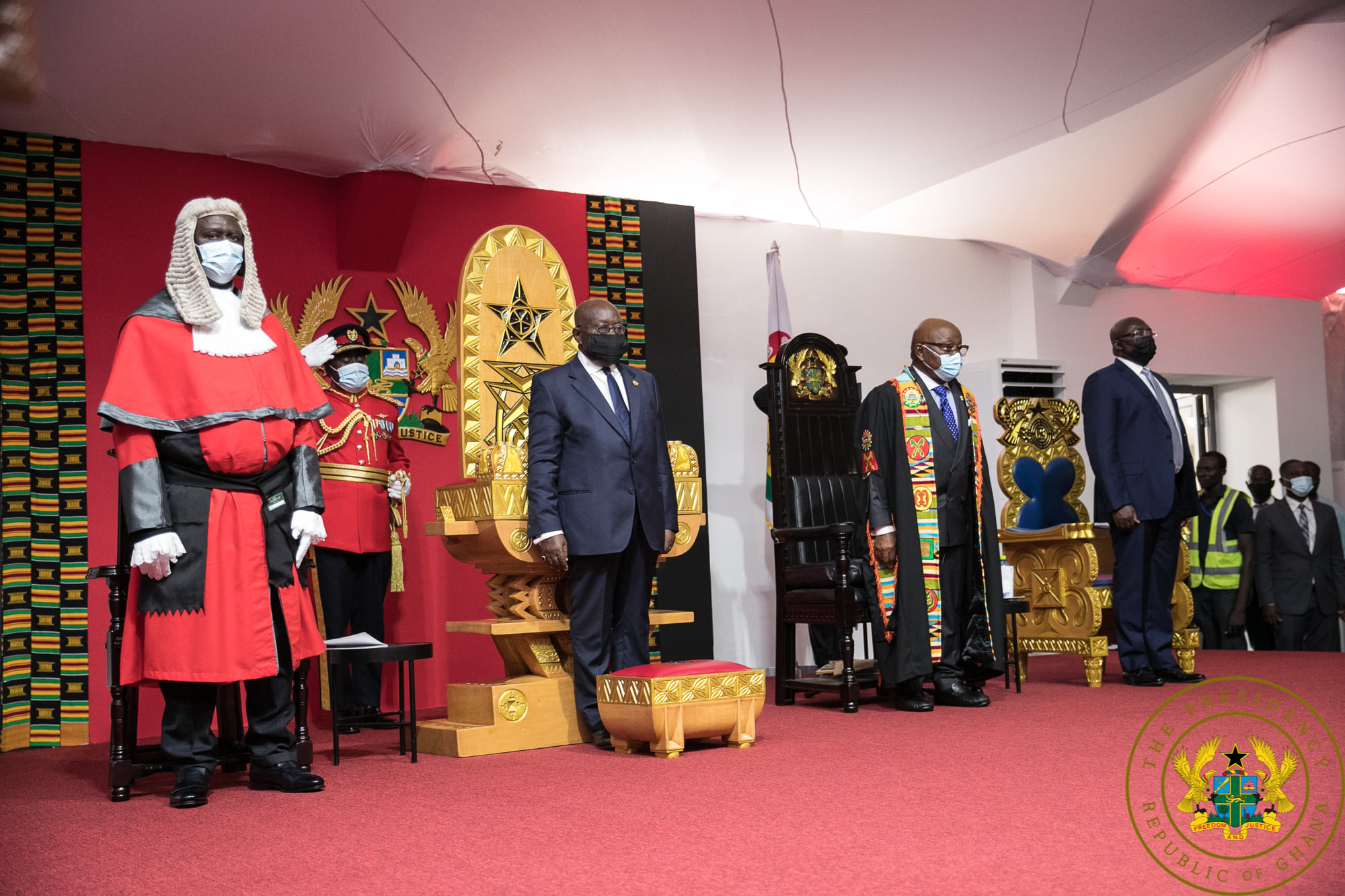 President Nana Addo Dankwa Akufo-Addo has described the 7th Parliament of Ghana as "arguably the most productive" in the history of Ghana.

He said this is because the House had demonstrated dedication and rigour in passing over 50 Legislative Instruments {L.I.).

"I speak as someone who has served three terms in this House, and I can safely say that this 7th Parliament has been the busiest ever, and, arguably the most productive, in the history of our country," he said.

“You have passed almost 50 pieces of legislative instruments. The Acts have been wide ranging in scope and reach".

State of the Nation Address

President Akufo-Addo said this while delivering the State of the Nation Address in Parliament on Tuesday January 5, 2021 before the dissolution of the 7th Parliament on January 6, 2021.

President Akufo-Addo thanked the people of Ghana for giving him the mandate to serve another four years.

“I am thankful to the Ghanaian people and to the Almighty that I have been given a clear mandate to govern the country for four more years, and, thereby, given the opportunity to complete tasks, consolidate some of the far-reaching measures we have introduced, and initiate further changes and adjustments to policies and practices,” he said.

"The Constitution demands that we go to the people after four years to ask for a mandate, and we must listen to the voice of the people.

"I said during the election campaign, and it is my firm and passionate view, that I should only be President in a fairly conducted election, which I believe, in all sincerity, the election of 7th December was,” he added.