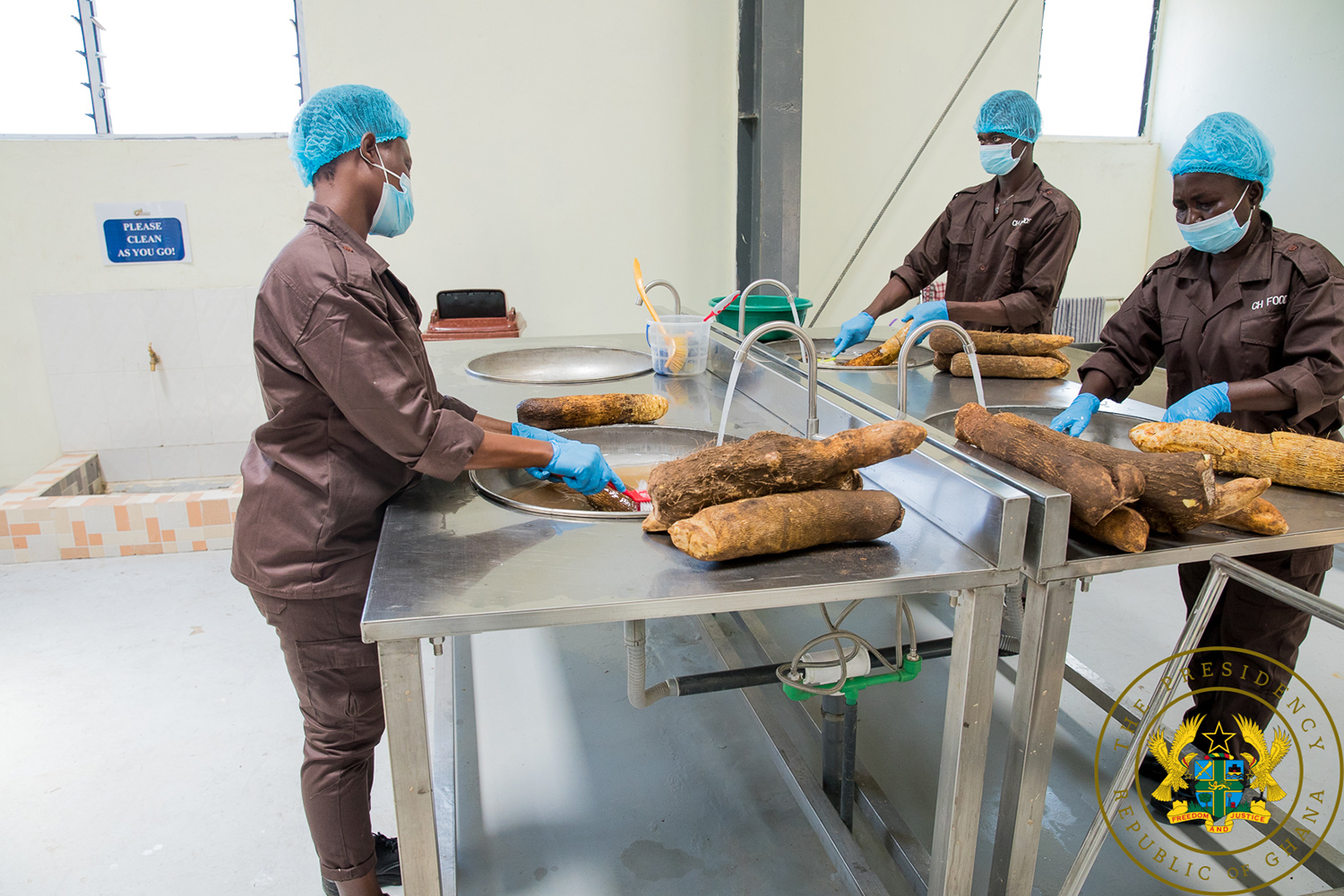 A Gh¢10million yam and cassava processing factory in Krachi East was on Thursday commissioned by President Nana Addo Dankwa Akufo-Addo.

Located in Addo Nkwanta, in the Krachi East District of the Oti Region, it is being operated by CH Global Limited, under the government’s 1-District-1-Factory initiative.

With support from Ghana EXIM Bank to the tune of GH¢10 million, the facility will process yam into frozen chips and yam balls, under the brand name CH Foods, and will take advantage of available local raw materials in the catchment area.

The first phase of the project is estimated to process an average of 120 tubers of yam per hour, resulting in 60 bags of processed frozen yam chips and yam balls, requiring an annual production of 216,000 tubers of yam.

The implementation of phase two of the project, which is scheduled to start in 2022, will introduce a cassava processing line for the production of cassava fries and snacks, with a capacity to process some 700 metric tons of cassava per year.

The promoters told President Akufo-Addo some 254 people will be employed by the factory under the phase one, whilst the phase two will also create a significant number of direct and indirect employment opportunities for the youth in and around the district.

The President may wish to conclude his remarks by commending the Business Promoters and Traditional Authorities of the area for their unflinching support for the project as well as Ghana EXIM Bank for providing the loan facility for the establishment of this state-of-the-art factory at Addo Nkwanta in Krachi East District in the Oti Region.

As of September 2021, 278 1D1F projects are at various stages of implementation under the Initiative. Out of this number, 104 are currently in operation, 150 are under construction, and the remaining 24 are at the mobilization stage.

One hundred and sixty-five (165) out of the 278 projects, that is 60% of the factories, are new projects, whilst 113 companies are existing projects being supported, representing 40%.

With unemployment being one of the main issues confronting the nation, the 1D1F initiative is seeking to address the youth unemployment challenge, as well as underdevelopment among peri urban and rural communities, by attracting private sector investments into the development activities of these communities.

1D1F programme is designed to transform the industrial landscape of the country, and build the capacities of local enterprises to produce high quality products for both the local and foreign markets.

The establishment of CH Global in Addo-Nkwanta of the Krachi East District in the newly created Oti Region is a demonstration of Government’s commitment to support the private sector under the One District One Factory Initiative.