The Chief Executive Officer of Centre for Intelligence Analysis Ghana, Ambassador Rasheed Inusah, has charged language professionals in the country to contribute to the global fight against terrorism.

He said the lack of personnel with the necessary skills in reading and speaking the languages of people suspected to be involved in terror operations had undermined the stability of most countries hence the need for language professionals to review their roles in language translation and interpretation.

“In the course of your noble duties as translators it is crucial to always remember that Ghana first. The importance of translators and interpreters goes beyond business translation but to support the national security systems in its fight against terrorism, as you professionals are deemed to be heroes,” he said.

A total of 118 students graduated with 60 of them in Bachelor of Arts in Translation and 58 with Higher National Diploma in Bilingual Secretaryship of which, 99 were females and 19 males. 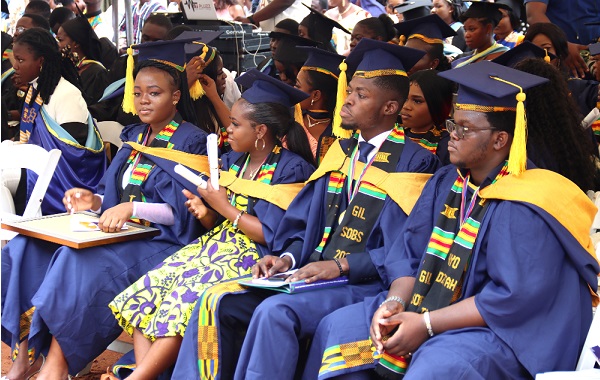 The Rector for the institute, Dr Samson Dodzie Fenuku, commended the graduating class for their determination and commitment to fulfil their educational journey, which he said had just started.

He said: “We are in a world where uncertainty and complexity are increasing due to some global crisis that have halted social, economic and academic activities”.

That, he said, could be triumph through knowledge, leadership and political resources.

“I believe the most important thing is to have enough passion and strong will that you never give up even after many failures in the face of seemingly unpleasant circumstances,” he added.

Mr Fenuku said over the years the institution had been accused of training graduates who could not fit into the industry, which had called for the introduction of seven new programmes.

That, he said, was developed in collaboration with stakeholders that allowed them to integrate the needs of respective industries and to produce graduates with skills that matched the needs of the industry.

He disclosed that the institute would sign a memorandum of understanding (MoU) with some potential investors by the end of July this year to commence the construction of a modern hostel facility on the East Legon Campus to accommodate the teeming number of students from all their campuses across the country.

He stated that that was an approach to revolutionise and further increase student enrolment figures.

The Director for Policy Planning Monitoring and Evaluation at the Ghana Tertiary Education Commission (GTEC), Dr Emmanuel Newman, acknowledged the hard work and commitment of the graduates who worked tirelessly to complete their programme.

He stated that an interim council for the new university to be formed under the name, University of Media, Arts and Communication (UMAC) had been inaugurated to oversee the merger of the various institutions constituting the new university.

Dr Newman urged the public and institutions involved to give their support and cooperation to the council to enable them to discharge their functions successfully.

Puis Kwame Sensnu Zilevu was awarded the Overall Best in the Higher National Diploma in Bilingual Secretaryship (SoBS) while Midawélé Sandra Michelle Ouattara took the Overall Best Student in the Bachelor of Arts in Translation (SoT).