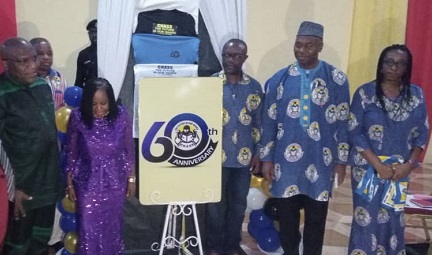 The 60th anniversary of the Conference of Heads of Assisted Secondary Schools (CHASS) has been launched in Koforidua in the Eastern Region.

The anniversary, which will start in October this year, is on the theme: "60 years of shaping second-cycle education in Ghana — The challenges and successes in contemporary times; the role of stakeholders".

A series of activities will be carried out by CHASS, in collaboration with the Ghana Education Service (GES) and the public, as well as students, suppliers of food items and stationery to second-cycle schools, to sensitise the people.

The Eastern Regional Director of the GES, Margaret Nsiah-Asamoah, said the 60 years of existence of CHASS had been an eventful milestone, with some successes and challenges.

She said despite the many bottlenecks, CHASS continued to weather the storm to put secondary education in the country on a high pedestal.

According to Mrs Nsiah-Asamoah, members of CHASS, both past and present, must, therefore, be proud of their effort and selfless service.

She mentioned some of the difficulties members currently faced in schools as indiscipline and delay in food supply and release of funds for the smooth running of the institutions and called for effective measures to address the challenges.

On the free senior high school (SHS) policy, she said it was unfortunate that some parents were hiding under the system to shirk their responsibilities to their children and the schools.

The National President of CHASS, Alhaji Yakubu Abubakar, said it had been at the forefront of all the educational reforms in the country which had helped to grow the sector.

According to him, CHASS was an important body which needed the support and collaboration of all stakeholders to ensure quality education in the country.

The Eastern Regional Minister, Mr Seth Kwame Acheampong, said the success of the free SHS policy was not in doubt, since, according to him, it was the best educational policy since the country's independence.