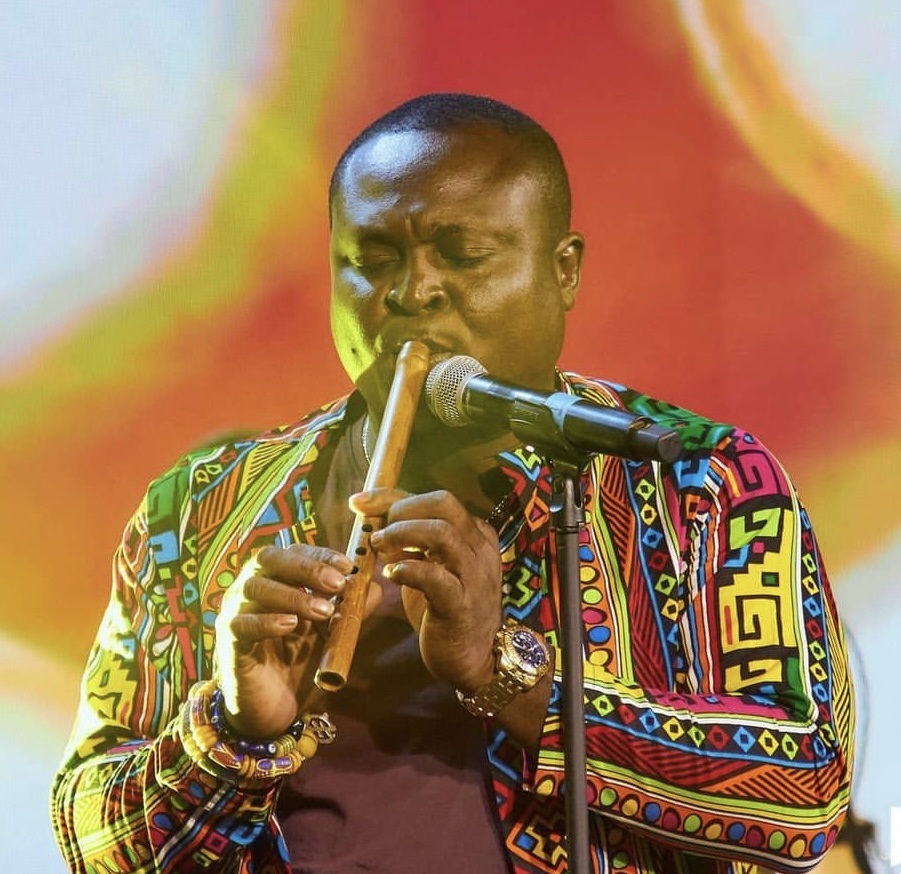 Getting extremely busy is nothing new for well-known flutist, Dela Botri, so despite the several performance trips abroad and live stage shows, as well as recording sessions in 2022, he has embraced 2023 as another year to keep up with his musical output.

The man is set to release an album of 12 new songs before the end of March. He describes them as commercially-oriented stuff comprising Reggae, Salsa, Soucous, Afrobeats and other contemporary styles.

Botri is noted for his neo- traditional rhythms with his Hewale Sounds band but has decided to spread his wings much wider with the upcoming collection.

According to him, he had consistently felt the urge to bring out the type of material on the new album but often opted to push on with the more traditional items because he had come to be associated with that approach. He feels it is time now to let out his ‘other’ side through the new songs being produced by Gomez Beatz.

2022 was a hectic period for Botri. He released two albums –‘All In One’ and ‘Ghana Be Your Own’ and did concerts in Japan dubbed ‘Three Ghanaian Masters’ alongside xylophonist Aaron Bebe Sukura and percussionist Winchester Nii Tete. While there, he found time to feature on an album by Japanese-American singer, Shala.

He also played a concert and featured on a recording in Germany. Danish saxophonist Katherine Suwalski was in Ghana for a live show and recording time with Botri. The flutist featured on the Jazz version of Epixode’s ‘ Atiaa’ song.

He also started a music mentorship programme for youth in Keta through his Dela Botri Music Foundation and continued with his annual online lectures with some students of Nebraska University in the United States.

All those activities happened alongside his regular gigs at the +233 Jazz Bar and Grill in Accra and the Royal Senchi Resort at Akosombo in addition to some corporate and private events.

For 2023, a number of concerts, including work with prominent French flutist Sabine Boyer in Accra and France and a trip to Denmark to record with saxophonist Kathrine Suwalski are on the cards. There’s also scheduled work with drummer Paa Kow and singer Wiyaala and teaching periods with the young musicians in Keta.

“My hands are always full but I have no problem with that. Music is all I do. I love doing it and I am extremely happy when what I do affects other people in positive ways,” Dela Botri, who is also scheduled to appear at the Copenhagen Jazz Festival in Denmark later this year, said.