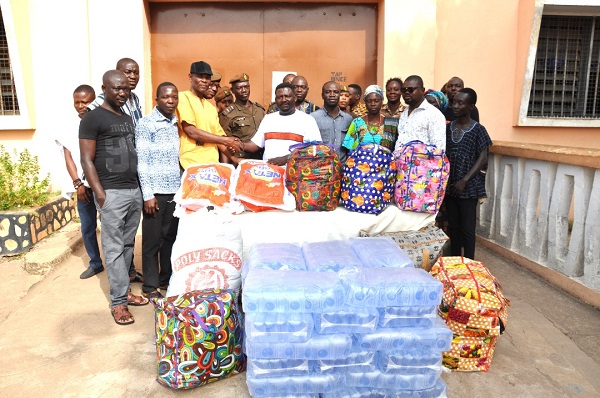 AFTER serving 14 years behind bars for aiding and abetment of robbery, David Kwaku Danku left the Nsawam Medium Security Prison on July 5, 2021; not only reformed but with a strong resolve to embark on a mission to seek support for the welfare of convicts.

He made that intention known to his family, old time friends and some traditional authorities in various communities soon after he arrived home at Ho-Hliha in the Volta Region.

Further, he took up a programme on the local JD FM, preaching the gospel and admonishing young people to stay within the confines of the law.

His Friday late afternoon radio programme has become the choice of many listeners in the municipality.

With time, David’s appeal for funds and resources to support prisoners received a favourable response from many people, including some assembly members and queens.

When he recently raised GH¢5000 from his appeals, David bought a consignment of second clothes, detergents and bags of water for the inmates at the Ho Central Prison.

He was accompanied by the Queen of Saviefe-Deme, Mama Ameyotor Benu II and the Assembly member of Saviefe, Maxwell Borfeli,some youth and elders of Ho-Hliha to present the items to the correctional centre last Saturday January 14,2023. 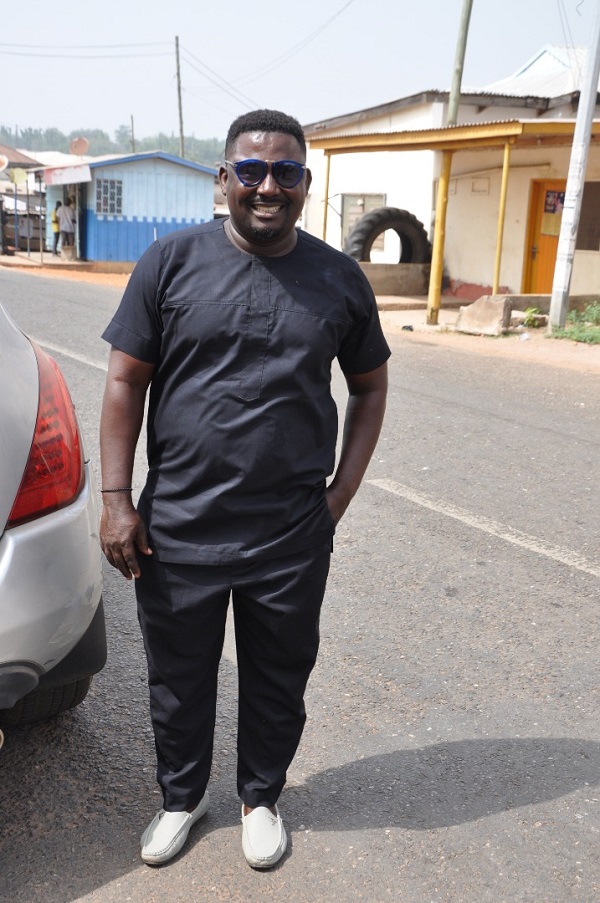 “Apart from that, it is the duty of all of us to support convicts to reform and help their reintegration into society,” he added.

TM: How did you become a polyglot?
David: By interacting with my fellow inmates, I picked up Ga, Twi and Fante. I also took advantage of the language school in the prison to learn a little Spanish.

TM: What else did you learn in prison?
David: I went back to school and studied up to junior high school level. From there, I proceeded to train at the United Church, in the prison, as a lay preacher of the gospel.

The single father of four said he also worked at one stage as a shop assistant in the prison.

TM: You came back from prison just a few years ago but you have already won the hearts of many people, including those in high position.
David: Your reputation precedes you. I went to jail and met Christ there. I left jail with the image of Christ preceding me. So, I win the hearts of many with the goodwill of Christ.

TM: What lesson in particular did you learn in jail?
David: The conditions were horrible and you did not eat the food of your choice, but there were still opportunities to learn and also study the word of God. Feeling homesick is a terrible thing. At one stage, I bought a cellular phone from another inmate clandestinely to keep in touch with relatives and friends in the world outside the prison.

TM: Cellular phone in prisons?
David: Hmm, a lot of things go on covertly in the cells. We kept the phones silent because once you were caught with a phone, you landed in trouble. There is a whole economy in the prison. Mobile money business also takes place vigorously among convicts.

TM: Were you assigned any specific task in the prison?
David: Yes. I was the Block three representative and that was a leadership post based on my good conduct.

TM: What are your plans for this year?
David: For now, I will raise funds to buy a mega sound system to enable me to reach out to as many communities and people as possible with the gospel. Later, I will set up a foundation to be known as Amenyidokoe Foundation to support the welfare and reform of convicts, and help to reintegrate them into society after they finish serving their time in jail. The foundation will also help the less privileged to acquire skills to enable them to contribute to the progress of the country in various ways.

TM: That is a huge task.
David: Yes it is. But when you abide in the Lord and Lord abides in you, everything is possible.

TM: What are your hobbies?
David: For now, it is working for the Lord.

TM: What message do you have for others who are still behind bars.
David: Going to prison for a crime you commit or did not commit is not the end of your world. There are positive values to acquire behind bars and you can come out and make a good impact on society. 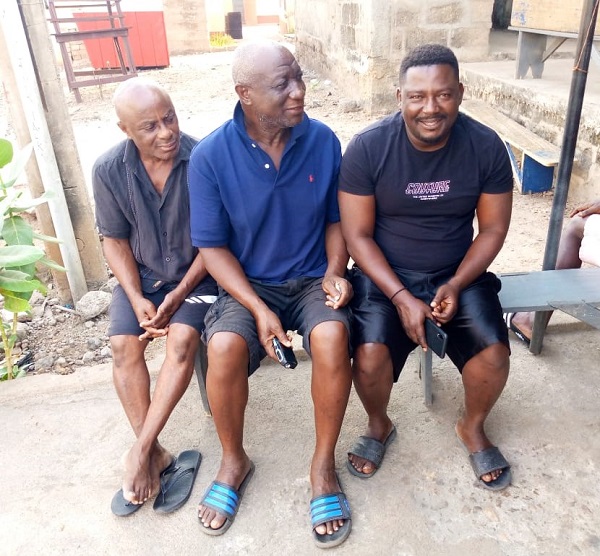 David (right) with neighbours at Ho-Hliha

Meanwhile, the Deputy Superintendent of Prisons (DSP) Sylvester Fiadzigbe, who received the items on behalf of the Ho Central Prison authorities, thanked David for the items and described the gesture as touching and worthy of emulation by other members of the public.