When foreigners cry and pity our beloved Ghana 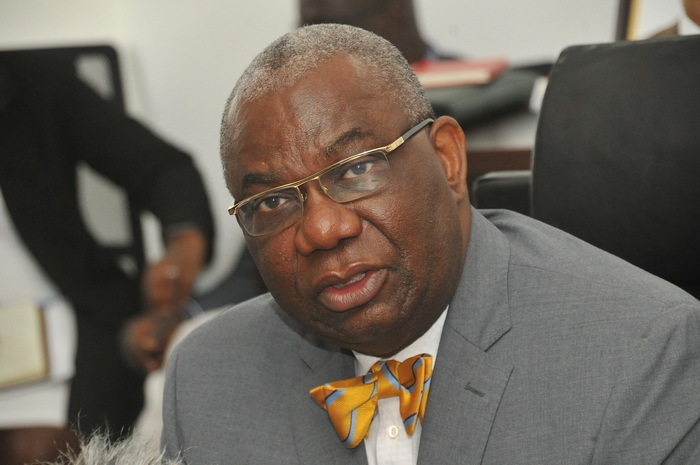 The news of the sacking of the Minister of Energy, Mr Boakye Agyarko, saddened my heart last Monday night.  It was the least expected news to close the day with.

I was driving home around 7.30pm when it was announced on Joy FM.

I got even more alarmed and confused and honestly did not know how I drove to my gate when Mr Arhin came on to confirm the news.

The airwaves were choked the week before with Ameri.  Some think tanks and individuals came out strongly to condemn the re-negotiated deal.

In my simple woman’s mind, some of the arguments with convincing figures pointed to a bad re-negotiated deal.  All I was hoping for were counter-arguments to explain why the 15-year re-negotiated deal was in the interest of Ghana when we had just a year and a half to go for the plant to be ours and at a much lesser cost.

With the minister out, my immediate question is whether we have lost ever knowing the real reason why a deal which we all got to know in 2016 as not the best was now being re-negotiated.

The outright dismissal of the minister was least expected. Intelligent as he was for the job, I had observed him as one of the top few hardworking ministers. He may have come out  over-confident and indeed in communication, confidence is good but over-confidence could be seen as negative posturing.  It is the stage where pride sets in and the danger of running ahead of yourself.

Unfortunately, Mr Agyarko entered the scene with a controversy of alleged bribery during his parliamentary vetting.  Though he was cleared, eyes have continued to follow him in that sensitive office as Minister of Energy.

Though some of us would miss him as a promising minister, of course, the President knows what we do not know hence, his decision to dispense of his services.

No one can begrudge him.

For now, we are all left dancing around the issues and speculating. The belief though is that the Ameri re-negotiation deal was the remote cause.

Coincidentally, while the Ameri re-negotiation fire was raging last week and we were all wondering why anyone thought shareholders would readily accept Ameri with all the information that was publicly available, social media was awash with a posting arising out of a first-class foreign passenger’s cries about the begging nature of Ghanaians who go around with cap in hand in the midst of rich resources.

This foreigner was assigned a first-class seat next to a Ghanaian who was travelling with his wife but apparently the wife was seated apart. The Ghanaian consistently begged this foreigner to exchange seats with his wife so the wife could sit by him.  He got worn out and angry because when he checked in online, that was the only seat left so he did not see why the man was persistently begging if he had the opportunity to pre-selected seats.

When another passenger later asked why he was that angry, he said the consistent attitude of Ghanaians begging for everything in the midst of plenty drove him bananas.  He was angry because he saw abject poverty in the country and instead of officials negotiating for the best of deals with foreign firms who came to do business here, all the officials did were shoddy negotiations thinking about how much they could get for themselves.

The foreigner spilled some beans here.

He alleged that during negotiations, these officials begged for few amenities for their communities and then asked for their cut to be paid into their overseas bank accounts.  They then scribble their overseas account details on pieces of paper for them.

Much as I am selective with social media information, this particular post was revealing and set me thinking with my imagination going far back many years.  We have been short-changed by our own for far too long.

How can a country blessed with riches running over continue to be in an obituary state for foreigners to continually come and draw our wealth to go and enrich their people just for a pittance?  Indeed, they would pity and cry for us as we beg even for aircraft seats.

When the dust settles and Mr Agyarko comes out as he is alleged to have said on his facebook wall, we would all have a better picture of why a re-negotiated Ameri deal was or was not going to be in Ghana’s interest.