Mergers and acquisitions in the absence of Antitrust Law 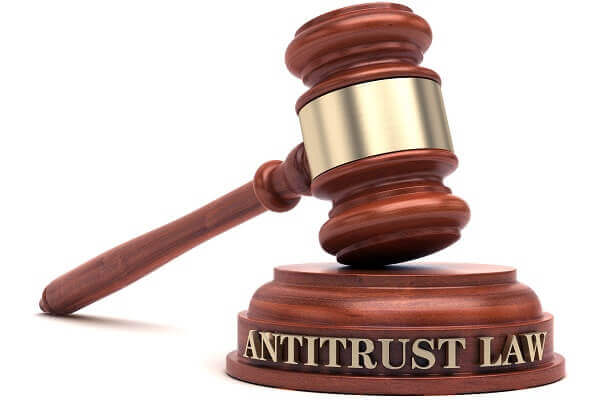 Mergers and acquisitions in the absence of Antitrust Law
30.5k Shares

705
Mergers and acquisitions (M&A) are defined as the consolidation of companies. Differentiating the two terms, mergers is the combination of two companies to form one, while acquisitions is one company taken over by the other. The reasoning behind M&A generally given is that two separate companies together create more value compared to one standing alone. The key principle behind M& A is that 2+2=5, and that there is always synergistic value created by the joining or merger of two companies. The synergy value can be seen through the revenues (higher revenues), expenses (lowering of expenses) or the cost of capital (lowering of overall cost of capital).
Read Also : PMMC to value gold before export from January 2018
M&A allows for financial synergy through the lower cost of capital, improving the company’s performance and accelerating growth, economies of scale, diversification for higher
growth products or markets, as well as increasing market share and positioning giving broader market access. It allows for strategic realignment and technological change, tax considerations and diversification of risk.
Ghana has seen the emergence of M&A activities in a host of principal sectors of the economy, ranging from pharmaceuticals and telecoms to oil and gas and manufacturing, finance and the mining industries.
Mobil Oil was acquired by Total Petroleum Ghana Limited. Kumasi Brewery Limited and Ghana Brewery Limited merged into a new company called Ghana Breweries Limited, which later merged with Guinness Ghana Limited to form Guinness Ghana Breweries Limited.
Ghana Telecom was acquired by Vodafone while Scancom Areeba was taken over by MTN. The telecom regulator recently approved the merger between Tigo and Airtel.
M&A transactions in the financial sector include the acquisition of Merchant Bank by Fortis to create Universal Merchant Bank and the Republic Bank takeover of HFC Bank, as well as the GCB takeover of UT Bank and Capital Bank under a Purchase and Assumption transaction.
Just last week, it was announced that ADB Bank and National Investment Bank (NIB) would merge to become National Development Bank (NDB).
In a move to strengthen the financial sector, the Bank of Ghana’s new capital requirement, which is to increase to GH¢400 million, will result in some banks merging with others to be able to meet the new requirement, while others will be able to raise capital from the stock market.
Competition (Antitrust) Law
Competition is a fundamental tenet of well-functioning markets and encourages companies to provide consumers with the products and services they want. It results in lower prices for goods and services, better service quality, wider choice for consumers, stimulation of innovation and, more importantly, efficiency in the allocation of resources.
The objective of a functional competition regime is to promote competition, contribute towards increased efficiency and curb anti-competitive practices in the market. Anti-competitive practices, including cartels, abusive monopolies, predatory pricing, collusive tendering, exclusive market sharing agreements, bid rigging etc., have negative effects on both consumers and producers. Certainly, a well-enforced competition regime reduces uncertainty for businesses and is an important element of promoting private sector development.
Competition law is designed to stop anti-competitive business practices by firms and unnecessary government intervention in the market. Competition law looks at 1. Anti-competitive agreement meant to lessen competition in the market, 2. Abuse of dominance position, 3. Regulation of M&A to prevent tactics to gain excessive dominance in a market, and 4. Promotion of competition culture through advocacy.
Ghana is yet to have a functional competition policy and law. The closest we have is the Protection Against Unfair Competition Act, 2000 (Act 589). Under Act 589, commercial behaviour such as causing confusion with respect to another person’s enterprise or its activities, damaging another person’s goodwill or reputation and misleading the public were outlawed. Act 589 does not address the full dimension of competition law.
Mergers and Acquisitions without Competition Law
Ghana has legislation and regulatory requirements that govern M&A activity. These are the Companies Act 1963 (Act 179); the Securities Industry Act 1993 (PNDCL 333) as amended by the Securities Industry (Amendment) Act 2000 (Act 590); the Securities and Exchange Commission Regulations 2003 (LI 1728); the Takeovers and Mergers Code (Code); and, the Central Securities Depository Act 2007 (Act 733).
Competition/Antitrust Law prohibits M&A when the effect may be to substantially lessen competition, or to tend to create a monopoly.
The key question the Competition Commission asks is whether the proposed merger is likely to create or enhance market power or facilitate its exercise.
The greatest antitrust concern arises with proposed mergers between direct competitors (horizontal mergers). The Antitrust Division of the US Department of Justice on many occasions has gone to court to block mergers, which can impact or lessen competition in the marketplace.
Some of the merger deals that have been blocked included AT&T and T Mobile, United Airlines and US Airways, Staples and Office Depot, General Electric and Honeywell, Pfizer and Allergan, and Halliburton and Baker Hughes. The Obama administration alone blocked 17 merger transactions worth $404 billion.
In conclusion, Competition Policy and Law are required to regulate the conducts of M&A in the country. Without this, consumers and producers risk the possibilities of some mergers that would create oligopolies and abuse of dominant position.
With the support of the BUSAC Fund, CUTS Ghana hopes to create the necessary awareness of the relevance of Competition Law to create an enabling business environment for the private sector.
The writer  is the Country Coordinator for CUTS International Ghana. CUTS Ghana is a research and advocacy public policy think tank which works in the areas of consumer protection and education, economic regulation, trade and development, regional integration, competition policy and law, etc. CUTS can be contacted through | Office: +233-30-224-5652 | Email: This email address is being protected from spambots. You need JavaScript enabled to view it., Website: http://www.cuts-international.org/ARC/accra