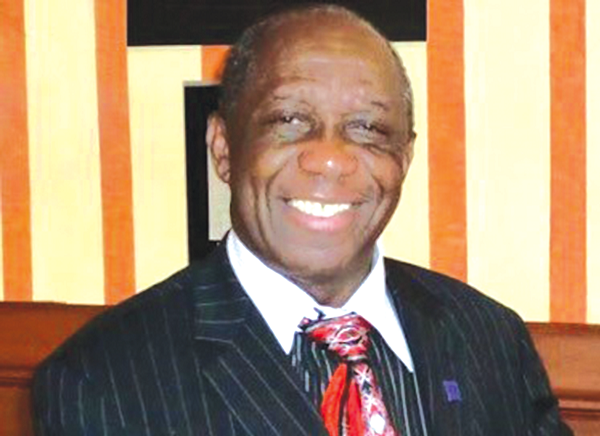 Every aspect of modern life relies heavily on scientific applications. The pace of technology, for example, has never been as fast as within the past few decades. Scientific globalisation allows every serious country to tap into genius wherever it may be, and if that genius happens to be one’s own countryman, the blessing is double-breasted indeed.

Users of mobile phones and the Global Positioning Systems (GPS) may not realise it, but the applicable technologies rely on early 20th century inventors such as Albert Einstein.

In the 21st century, inventors of Fibre Optics and Nanotechnology, such as Ghana’s own scientist, Dr Thomas Mensah, have zoomed in where Einstein left off.

It was an eye opener listening to Dr Mensah explain how Ghana can leapfrog from poverty into the first world through strategic infrastructure project implementation on Citi Fm’s Breakfast Show with the ace broadcast journalist Bernard Avleh (Accra, November 21, 2017).

I had earlier listened to Dr Mensah on Studio 54 where the interviewer began the discussion with the following remarks:

“Well across Africa, huge infrastructure projects are transforming the continent’s landscape and fueling record economic growth. However, many wonder what specific sectors should be prioritised to propel Africa into greater prosperity.

Dr. Thomas Mensah is a Ghanaian- American Chemical Engineer, an inventor, an expert on the development of fibre optics and nanotechnology; in fact some of his inventions are in use inside our studio right now.”

Studio 54: Now, I mentioned that some of your inventions are in use, can you briefly explain that?

Dr Mensah: Well, social media is a big thing, and as you know, in the 1980s, I was one of the four inventors of fibre optics, and these allowed the internet to explode because now you have the fibre optics being used as under-sea cables to connect Africa to China, Japan, everywhere, so you can call Japan, you can send Facebook pictures to Japan, to China, all over the world because of that technology.

Studio 54: How can technology be applied especially in the sector of transportation in Africa in order to help the continent grow even faster and get even more prosperous?

Dr Mensah: Yes, we are proposing that African countries can leapfrog by implementing serious strategic infrastructure projects, for example, high-speed trains. What you see here (pointing to a diagram) is a proposal to the Ghana government, and actually I had a meeting with the President of Ghana last Friday on this.

The idea is to have a bullet train - high-speed train - going from the South - Accra the main capital - through Takoradi, Kumasi, all the way to the border, to Tamale.

And instead of taking four days to go from the South to the north by trucks or by train, whatever, you can take one-and-a-half hours, so technically speaking, you can live in Tamale and work in the south.

Studio 54: So these really fast-moving trains, like in Kenya now, they have one from the port of Mombasa, these can play big roles in creating wealth and helping the countries to grow?

Dr Mensah: This is very important; currently Morocco has one, Ethiopia has one, and as you mentioned, Kenya has one.

Now in West Africa, Ghana will be the first … Another proposal we have is to put fibre optics cable along the train racks, and as you go up, you can actually branch off into the different rural areas with this - so internet will be everywhere.

But most importantly, Vincent, you are going to have these trains travelling at 200 mph, and with the fibre optic cables using the WiFi on the train you can connect to the internet.

Studio 54: So, you are saying there will be a double or triple benefits in terms of the advancement and the spread of technology across the country?

Dr Mensah: Exactly! With this single project, [you] can create factories along the train route that will supply to the train … China has about 40 trains now since I first proposed this in America.

America is now building from California now, two in California. China built 40 in 10 years, that means they built four every year.

Which means China, for example, can build this train in less than three years, and it will create jobs that are needed. You can train people from the high schools to be mechanics, from colleges, universities to be part of this infrastructure development.

Strategic infrastructure means that if you manufacture anything in the factories, you just put them on a high-speed rail and already it is in the port to go all over the world.

If these high-speed trains are built, some of us will be advisors, some will be back helping the country to maintain these trains. The maintenance and operations alone will really create, in some places, about a million jobs.