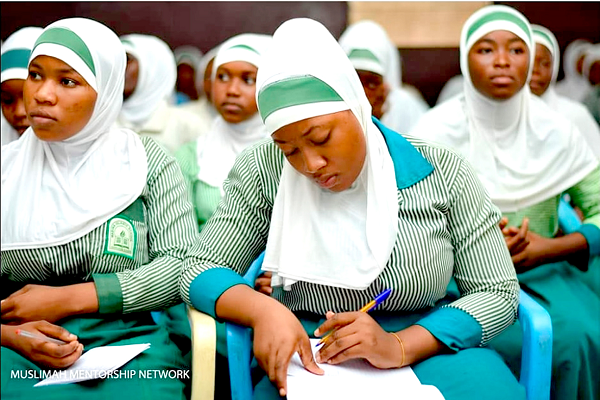 The Muslim leadership should engage the Christian community to allow girls to wear their hijab in school
30.5k Shares

I have observed with profound interest the discussions of the aftermath of the denial of a Rastafarian boy (two boys) and two other siblings admissions to Achimota SHS and St. John’s SHS, respectively, both in the Greater Accra Region.

There were other related events of denial of a Muslim female admission due to her wearing of hijab (religious hair cover). All these events did not happen in a vacuum.

Subsequent to these happenings, the Muslim front, led by some identifiable and well-coordinated youths, embarked on a series of engagements, key among them were discussions of the issues on various media platforms and subsequent civil action of protests and peaceful demonstrations.

Islam places so much importance and emphasis on the seeking of knowledge, which is made compulsory and incumbent on every Muslim: Male or female. To the extent that the first five verses of the Noble Qur’an to be revealed to the whole of mankind through the Prophet Muhammad (Peace Be Upon Him) is about seeking knowledge by the use of pen: Qur’an Chapter 96, Verse 1-5 (Suratul Al-Alaq, the Clot).

Education seems to be explained to mean the process of transforming the character, behaviour, attitude, and personality of an individual by equipping the individual with requisite sets of Knowledge, Skills, Training and Character. The key words for consideration are: Knowledge, skills, training and character.

We must also have individual engagement approach, family, community, institutional/association/acquaintances and the Office of the National Chief Imam.

The Office of the National Chief Imam and his Eminence Sheikh Imam Doctor Osmanu Nuhu Sharubutu should initiate and have an open dialogue with the Christian community.

By the Christian community, we mean the: Christian Council of Ghana, Charismatic Churches of Ghana, the Catholic Churches, and other denominational representatives or associations to discuss religion, values, ethics, standards, principles, commonalities and space to allow Muslim students practise their religion.

Engage the legislature, especially the Speaker of Parliament and the Muslim caucus to advance the issues for a lasting solutions to the challenges Muslim students are facing in their schools.

It is also important to engage the Ministry of Education and the Ghana Education Service for an input into the intended standardised policy guidelines for admission regulations and rules for senior secondary schools in Ghana.

The Ministry of Justice and Attorney General is also an important stakeholder which should not be ignored as the legal representative of the Government of Ghana.

The Muslim leadership front must also have conversations with the various political parties to get their buy in and commitments on the rights of Muslim students in our various schools before they come to power.

It is also important to engage the judiciary and the Ghana Bar Association by appealing to them to see reason to uphold the constitutional rights of all citizens.

Again, the office of the Chief Imam should keep in touch with the mainstream media, printing media, make use of Facebook, zoom sessions, and others in an effort to create awareness of the rights of Muslims students in schools. Let the community own and feel part of this initiative.

In engaging the government and the Presidency, the National Chief Imam comes in handy in appealing to the highest authority of the land to uphold the rights of Muslim students and give a directive for a lasting solution to be found.

It beats imagination that Muslim communities hardly engage institutions in their vicinities. For instance, a community like Mamoobi-Nima, with an institution like Accra Girls SHS, have not created a cordial rapport between the school and the Muslim community. Other examples are: St. Johns Grammar SHS, Achimota SHS, WASS SHS, Presec Legon SHS, and others.

The current minister of education is a cool, matured, vast experienced, and a reasonable person. Let’s engage him fully and make a humble request with dignity, reasoning, intelligence and much humility.

The time for the Muslim front (leadership) to act is now: Make hey while the sun shines.

The writer is a Social Activists and Advocate, a Community Volunteer and a Concerned Patriotic Ghanaian.