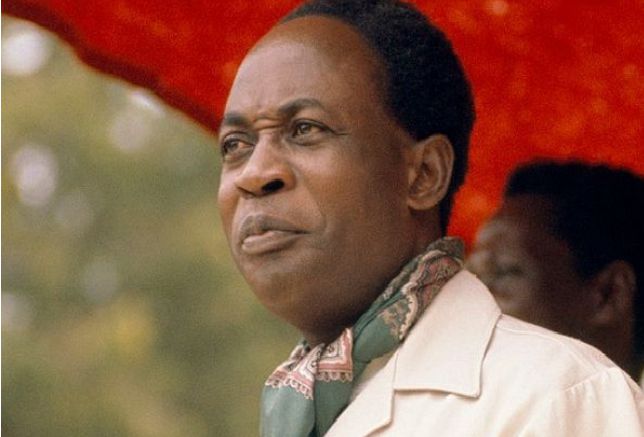 If ever I had any doubt about what my Zambian friend Henry said in 1986 about Ghanaians and football, the speed of corrections/contributions to my recent article “Miracle of El Wak - 1977:

Accra Hearts of Oak vs Mufulira Wanderers”, has cleared it, proving Henry right.

He said, “You Ghanaians! You like football too much! You even cry when you lose a match! What is wrong with you? Is football a religion in Ghana?”

A part of this article will, therefore, correct the unprecedented observations I had, including one from a bishop!

I was quickly corrected severally about the composition of the “fearsome-fivesome” as: outside-right No.-7 Robert Hammond, inside-right No.-8 Mama Acquah, centre-forward No.-9 Peter Lamptey, inside-left No.-10 Anas Seidu, and outside-left and No.-11 Mohammed Polo.

Adolf Armah No.-6 was the midfield dynamo.

However, it was also evident from comments that, 40 years in the wilderness since we last won the African Cup in 1982 has taken a toll on the nation’s interest in the Black Stars.

One read as follows: “Our 40 years drought tells us that we have marched backwards over the years; that we are living on past glory. Years ago, football empowered people like Baba Yara, Salisu and many Zongo boys because it was a level playing field. Today, we hear that players pay to get into the national team. We are sowing the wind and reaping the whirlwind!”

Incidentally, speaking on TV on September 21, 2021, the Head Coach of the women’s national team lambasted the Ghana Football Association (GFA) and the government for their lackadaisical attitude towards the development of women’s football. She described their approach as a “joke!”

September 21, 2021 was the birthday of Ghana’s first Prime Minister, President Osagyefo Dr Kwame Nkrumah. Under him and Sports Director Ohene Djan, Ghana won the African Cup in 1963 and 1965 before his overthrow in 1966.

On the abandonment of projects after the overthrow of Osagyefo, the ruins of a pencil factory in Kumasi were shown. That of the abandoned jute and shoe/footwear factories was also highlighted.

In the Eastern Region, the chief of Kade, who worked at the Kade Match Factory, lamented the loss of the factory which he said was the only source of employment there.

In the Western Region the Aboso Glass factory near Tarkwa was abandoned, as were as many others.

In all this, apart from Osagyefo’s vision for an import-substitution drive, employment was provided for the youth.

On football and sports in general, unless technocrats who are selected on merit are given the funding and a free hand to operate, Ghana will continue with the downward spiral.

With infrastructure, as a former minister said on TV on September 21, 2021, the abandonment of projects which started in 1966 unfortunately still continues.

The sad reason is that governments in power do not want to complete projects initiated by their predecessors because the full credit will not come to them.

The abandoned Abetifi 200-bed hospital was shown swallowed up with weeds. It is amazing the number of projects abandoned all over Ghana.

One asks, why are Ghanaians so cruel to Ghanaians? The public-good and the interest of the Ghanaian means nothing to them. Self-aggrandisement appears paramount!
In this regard, President Mills’ invitation to President Kufuor for the joint inauguration of the N2 Motorway-Extension-Highway stands out as maturity in statesmanship, and love for Ghana.

From the earliest conception of modern statehood, 17th Century political-philosophers such as Thomas Hobbes, John Locke and JJ Rousseau saw democracy as a continuum.

It was expected to have the smooth flow of a 110 x 4 yards’ relay-race with smooth baton-changing for victory. Once a team wins, individual runners do not go looking for who ran the fastest leg.

Usain Bolt never claimed he ran the fastest leg as the anchor in World and Olympic victories for Jamaica.

Government is meant to run smoothly like a relay-race, and not like an individualistic hop-step-and-jump/triple-jump! So why the infantile claim of what one did, and what the other did not do, and the accompanying insults?

Are we proving wrong Osagyefo’s famous assertion, that the Blackman is capable of managing his own affairs?

In statecraft, leadership must be selfless, not selfish! As the first English poet-laureate John Dryden said in 1648, “What I see about you thunders so hard in my ears that, I cannot hear what you say about yourself!”