TVET, a sure way to go 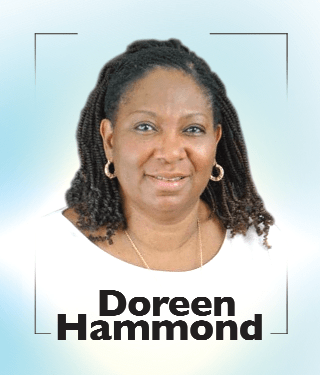 If your child, whose education you have invested so much resources in to the senior high school level told you he wanted to become a mason or carpenter, what will be your re-action?

Well, for most parents, the reaction will be that of disappointment or even aggression. I have heard many tell their children that they will never allow them to learn any vocation which comes under Technical, Vocational and Education Training (TVET) simply because of the perception that it is for “failures and drop outs”.

And for most parents who have allowed their children to pursue this path, it has mostly been as a result of no alternatives. Usually, after they have failed their exams, dropped out of school or because they do not have the needed resources to push them through conventional schooling.

And yet, Ghana has many examples of intelligent people who have completed the so called “prestigious education”, sometimes to the highest level but have not made much from that but are rather making a better living from skills they learnt or skills which comes to them naturally.

In other countries such as Singapore, India and China, their development has been catapulted by concentrating and developing the technical and vocational sectors to their benefit. Even countries without much resources have developed their human capital for development.

For instance, Apple’s Chief Executive Officer, Tim Cook notes that contrary to the perception that businessmen choose China because of cheap labour, that is not at all the case. Instead, it is the benefit of gaining access to the much needed wide array of skills which one can only acquire through TVET, which is the attraction.

At a two- day sensitisation workshop for some journalists at Aburi in the Eastern Region, organised by the Vocational Training for Females’ (VTF) programme, a

Christian-based NGO which is leading the campaign for greater awareness and improvement in the sector, it became so obvious that our lack of attention to the sector is part of the reasons why we are not developing as we desire.
The workshop aimed at

Dr Stephen Turkson, a Consultant on TVET, made it so practical to understand when he asked: “On your way to Aburi, what was it you saw which you think is not TVET related?” Well, participants could find nothing, everything was TVET related.

This was because we all saw that from the roads we drove on, to the vehicles we drove in to the chairs we sat on and the food we saw being sold on our way, were all linked to TVET.

So the question is: Why has TVET received a lot of recognition worldwide as a driving force for technological advancement and socio-economic development while Ghana is only recently beginning to pay attention?

Dr Turkson enumerated the challenges within the sector which have culminated in our woes to include a lack of policy direction, outdated curriculum, the lack of adequate infrastructure/equipment, low qualified personnel, numerous examination and testing bodies to the lack of a uniform standard and unemployment for TVET graduates.

The World Bank estimates that 80 per cent of all work activities involve TVET, leaving 20 per cent to course not related to TVET- little wonder the rate of unemployment remains high.

The not too good perception that many have about the sector has been amplified by the experiences Ghanaians have had with some workers within the sector.

Stories of tailors and dressmakers who are never able to keep to the schedule for delivery and would come up with so many familiar stories including the death of relatives to masons who are called in to mend a wall but leave you with a broken pipe for which you would need to hire a plumber are too common and have definitely reinforced that image.

Ms Linda Agyei, the Director of the VTF programme noted that contrary to information available that there were 45 TVET institutions in the country, there were 400 being managed by 19 different ministries.

This is naturally a recipe for chaos which has reflected in the absence of standards and uniformity.

The good news is that there is a bill on TVET which seeks to address some of the problems confronting the sector being considered by a committee of Parliament.

It is high time the government and other stakeholders give the sector the necessary boots to enable it take its rightful place for national development. For now, we are in the wilderness.