Where did we go wrong? 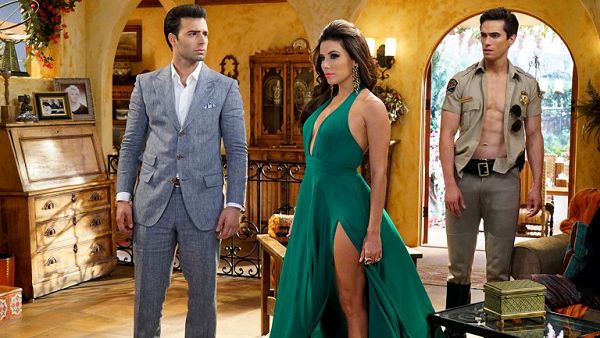 Duty took me out of my normal weekend environment as I was stuck in a management retreat somewhere.

Being away from the comfort of close family, boredom was beginning to set in.

In my frantic attempt to avert this, I started browsing on my phone and landed on YouTube.

Further searches took me to the Key Soap Concert Parties.

Out of curiosity, I decided to flow with Santo and his concert party.

Before I knew, I had occupied myself up to about midnight without realising it.

The entertainment value of the episodes were so high, the rich language laced with proverbs, the witty jokes and above all, the life’s lessons made time fly without me realising it.

As I laid down trying to catch some sleep, I began to reminiscence on those days when we used to watch Osofo Dadzie, Obra, Mr Mensah of Adabraka Drama Troupe and By the Fireside for children etc.

These were home-grown programmes which culturally resonated with Ghanaians.

Then I tried remembering my attempts at watching anything of entertainment value on local TV for the last four years and the disappointment I have been met with. I then tried mentally recounting how it all started.

First it was a Journey to the West which had characters such as Wukong, also known as the monkey king etc then came the almighty Oshin, a Japanese series and then Acapulco Bay which caused couples their marriages and was fodder for promiscuity.

Under the pretext of going to neighbour’s rooms to watch this Acapulco Bay, all manner of things reportedly happened.  As we were patronising these products, the local industry was crumbling.

Then came Kumkum Bhagya which opened the flood gates for these telenovelas and virtually nailed the coffin on the home-grown version. What did the trick was the ingenuity of introducing indigenous voice-overs.

All this while, we looked on helplessly without an inkling as to how to protect our own.

And so by our collective actions and inactions, we promoted other cultures above our own.

Open kissing, skimpy dresses which are characteristics of where these telenovelas are coming from were subtly brought in and the youth have embraced it and we are now crying foul.

Where were our regulators when these alien cultures were being brought in?

Up to this point, I was still hopeful and said to myself that once we still had the state broadcaster, perhaps all was not lost.

How wrong I was when I saw a commercial advertising that they had joined the band wagon and were matching their private competitors boot for boot! Perhaps they took a leaf from the age-old saying that if you cannot beat them, join them.

But the critical question is at whose expense? Definitely to the detriment of us all and especially, our youth.

What we lose by way of revenue to our entertainment industry is huge, not to talk about the negative impact on our culture.

My checks have revealed that most of the episodes have long expired in their home countries though they sell like hot cakes here.

Of course, this is not surprising, as everything sells here apart from what we make ourselves.

Boafo, the robust Ghanaian-made vehicle did not sell but Tico did.

In the same vein, Willowbrook and Neoplan did not stand the test of time but Yutong and Kinglong are making it.

Local rice hardly sells but import anything and just christen it jasmine or polished rice from anywhere and you are in business.

Sometimes it is difficult to understand the mentality of the Ghanaian, that he would even abandon a prestigious office job at home only to travel elsewhere and proudly clean toilets.

In all these, we cannot absorb the agencies responsible for ensuring local content in our media, particularly radio.

And so now a typical radio station  can air a six-hour sports programme which describes in detail, the colour of Cristiano Ronaldo’s underwear, what Paul Pogba took for lunch and the names of Lionel Messi’s 10 dogs!

Imagine where we would have been as a people if all this precious airtime was used to educate our people on good hygiene, sanitation, a safe driving culture and good farming practices. To say that something has gone wrong with us can only be an understatement.

The writer is the acting Director of Public Affairs, University of Cape Coast,(UCC). E-mail: This email address is being protected from spambots. You need JavaScript enabled to view it.