Here is my first-reading attempt at a simplified-summary of the much awaited reasons for the 14th October, 2015 Supreme Court Judgment dismissing Prof. Stephen Kwaku Asare’s challenge of the constitutionality of the stalled Constitution Review Commission process to overhaul the 1992 Constitution of Ghana.

I took a certified true copy after close of my business in court this afternoon (Friday, November 6, 2015) and spent some 4 hours trying to digest it. The court primarily determined two major inter-related issues, the gravamen of the complaint, thus:

The Court by a majority of five (Justices Georgina Wood, Baffoe-Bonnie, Gbadegbe, Benin and Akamba) answered question one in the affirmative stressing the matters of collating public views towards amending the constitution are “matters of extreme public importance” hence there is no issue of unconstitutionality in setting up the CRC and it's incident CRCIC to implement the recommendations by way of preparing draft amendment bills for parliament's consideration and for a referendum.

The minority dissenting two (Justices Jones Dotse and Anin-Yeboah) upheld the contention of the Plaintiff that the President can and in fact does set up commissions to inquire into a “matter of public interest”, but insists such must not include a process to review/amend the constitution because the framers of the constitution provided clear procedures in Chapter 25 for this, investing Parliament exclusively with that role. Justice Dotse poses two questions of extreme importance - can the President set up a commission to inquire into matters of current heated public debate about the voters' register? No! Never! He seems to scream, stressing that the job is only the EC's just as the embarrassing Anas judicial scandal is, largely, subject only to a committee of the Chief Justice. Processes to and amending the constitution must be exclusively Parliament's only. They seem to ask how does the CRC utilize the powers of a Commission of Inquiry to subpoena, compel production of documents, etc and how does it make adverse findings against whom? Point is, such is the character of a Commission of Inquiry envisaged by article 278 to be set up by the President, and not one for purposes of reviewing the Constitution. In effect, they say a President’s article 278 mandate does not extend to such matters for which specific institutions have been constitutionally mandated to deal with, and these include amendment of the Constitution.

Tied to question one, is the answer to question two. The majority is united in describing work so far done by the CRC and the CRCIC as “preparatory”, “administrative” as against legislative and same being “pre-legislative activities” and “nothing more than proposals or suggestions for amendment.” Justice Baffoe-Bonnie emphasizes three steps in the law-making process and makes a distinction of them starting with front-end activities like processes for a bill, middle-end activities of debating the bill in Parliament to adopt, refine or reject it, and the final back-end activity of presidential assent to the bill to give it the force of law. They conclude that setting up the commission, the work of the CRC and CRCIC are preparatory frontend activities subject to the middle end function exclusive to parliament. Therefore, there is no usurpation of the legislature’s exclusive job as Prof. Asare alleges. They hold the view that MPs could decide to reject the bills for amendments emanating from the CRC and CRCIC. They point out that bills are normally initiated/sponsored by the Executive and brought by the Attorney-General just as the AG brought this one. Consequently, this procedure is not strange but backed by history and the very architecture of the Constitution.

The CJ who delivered the lead decision, nonetheless, agrees the CRC method to amend the constitution is "inappropriate":

The minority is emphatic that permitting such a presidential or executive role in constitutional amendment processes "is a real danger to the constitution". Justice Anin-Yeboah stresses allowing this is to “expand the powers of the President” and he fears a president may resort to the CRC route "to push his agenda." 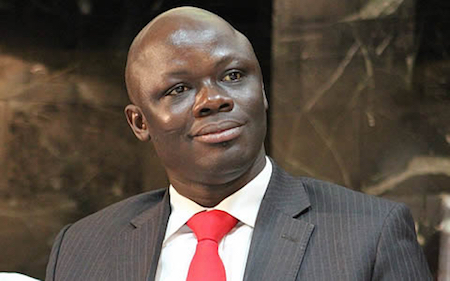 A major concern raised by yours truly in my article of July 4, 2014 titled “CRC Report; Cabinet's Coup D’etat; CSO's gaffe” and also by the Plaintiff albeit in different form, shared by the minority, seems to have been left unattended. I raised it in the question, about the bunching together of many unrelated entrenched proposed amendments into a YES or NO referendum vote thus; “which draft contains the 41 entrenched provisions, and which draft contains the 56 non-entrenched provisions slated for amendment, and is it the CRC’s draft bills or drafts freshly done by the CRCIC/Cabinet and by what authority?

“intend the electorate to do block voting on issues presented to the people in a referendum. To me, this procedure being embarked upon by the CRCIC is a real danger to the Constitution 1992. It is dangerous to allow such a massive amendment … to be undertaken without the active involvement of the duly appointed institution for that purpose, Parliament.”

Somewhat related, the majority, speaking through Her Ladyship, note that:

“It does seem to me that the Plaintiff’s other concerns relate to the number of amendments. Essentially, these are questions outside the purview of the courts adjudicative authority, moreso because of the absence of express constitutional provisions on the scope of the review, for example, the number of amendments that may be proposed at any given time or even made, and how often these may be effectuated. The stringent mandatory constitutional requirements under Chapter 25, the respective roles the Council of State, Parliament, and the citizens via a referendum are expected to play, should provide a strong buffer against unwarranted interferences and arbitrariness, and provide the internal mechanisms to check abuse. Conventions should be allowed to develop in this area of our constitutional law. But even more crucially, the necessary constitutional amendments that would tighten all loose or open ended constitutional provisions, and provide for such critical matters as who is qualified to engage in front end activities, who may initiate and propose  draft amendment bills are perhaps called for….are crucial matters that should not be left to chance, conjecture or speculation.”

In my said 2014 article I challenged the Plaintiff to sue but added that I was “fortified in my reading of the law that such a move would be a vain experiment”. Truth is, I didn’t anticipate the almost sweeping dismissal of his 11 reliefs.

The court places such faith and reliance on Parliament to scrutinize and play a watch-dog role in the process to prevent “unwarranted interferences and arbitrariness” and “to check abuse.”  I cannot expect such from our overly partisan Parliament with a number of simply lousy and handicapped members.

CAVEAT - This somewhat plain simplified summary is deficient to the extent that it does not capture the painstaking elaborate factual and legal analysis in the 180-paged decision for the conclusions reached therein.

The author is an attorney @ law and host of news analysis show NewsFile on Joyfm and MultiTv.