Towards religious tolerance and societal harmony 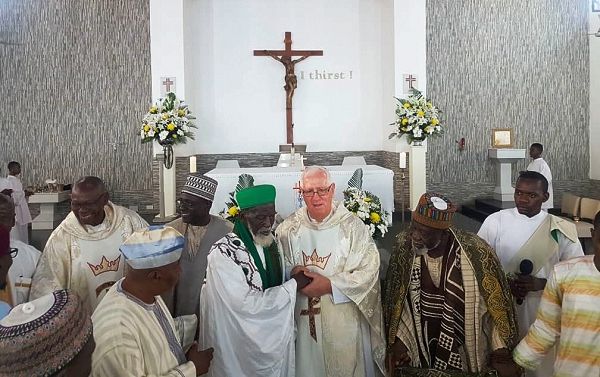 One of the most beautiful and greatest things that ever happened in the Ghanaian society was the joint observance of the Iftar, the evening meal with which Muslims end their daily Ramadan fast at sunset, by Muslims and Christians in Parliament.

Religion is always observed by followers who share common beliefs and practices.

The unwillingness on the part of followers of different religions to share views on their beliefs and practices and to accommodate one another’s views is what has often led to religious intolerance and violence in society.

Accommodating one another’s beliefs and practices is the first step towards religious harmony, unity and national progress.

Without being prepared to accommodate and support one another, there will be no peace.

Many a time, this behaviour, wrong as it is, comes out of ignorance.

When people are aware and understand the essence of religious beliefs and practices, they will never be violent or clamp down on others who do not belong to their group.

It is pleasant for people to belong to the same group and share common ideas, since that makes it easy for their members to easily understand one another. However, that should not be adequate grounds for any group to antagonise another on the basis of different religious practices.

Not long ago, the National Chief Imam, Dr Sheikh Nuhu Sharubutu, was copiously praised by Ghanaians for his unexpected visit to the Christ the King Catholic Church in Accra to join them in worship and to express his thanks to God on his 100th birthday.

Again, the Pentecostal Council also presented assorted gifts to the National Chief Imam during the period of the Ramadan to indicate that they were also in support of Muslims in their fast.

This is beautiful because God allows for variety in creation.

A look at God’s creation shows that the universe is not uniform in terms of planetary systems.

Even when we confine ourselves only to the planet earth, we observe that the planet is made up of different entities such as the atmosphere, sea, soil, trees and so on.

Similarly, a look at the nature of human beings created by the same God shows that there are different complexions to distinguish between races.

This is why we can speak of Africans, Europeans, Asians, Australians, Americans and many others.

Complexions of different races are not the same, meaning that the different skin colours of human beings from different parts of the world may not be the same.

In spite of this, however, human beings are made up of the same tissues, nerves and muscles, as well as other things that will make it difficult, without external human skin, for anyone to identify where a particular person comes from.

What all this means is that discrimination on the basis of differences in behaviour and practices is needless and constitutes an affront to what God stands for, that is sameness and equality of mankind irrespective of where we find ourselves.

In the same way, different religions may emerge from different parts of the world based on cultural beliefs and practices.

These cultural beliefs and practices are based on different perspectives of mankind towards certain observances in the world such as how God is to be worshipped.

If through no fault of yours a person is born into a Muslim family, it is most likely that he will be influenced by family members to become a Muslim.

In the same way, if another person is born into a Christian family, it is also likely that this person will be tutored by his family to become a Christian.

In conclusion, God is a god of variety so those of us who worship him must bear in mind that it does not pay to attack one another on the basis of religious differences.

We should all learn from this and note that becoming a true son or daughter of God implies keeping to your faith and at the same time accommodating people of other religious beliefs to attain religious tolerance and societal harmony.