When a father is a dad 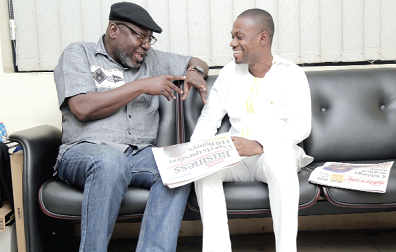 Fathers, as heads and leaders, play major roles in the affairs of the family
30.5k Shares

The saying that any man can be a father but it takes a special person to be called a Dad is true. According to the Oxford English Dictionary, a father is a man who begets or raises or nurtures a child.

Historians tell us that the inception of Father's Day took place in Sonora's mind when she happened to hear a Mother's Day sermon in 1909. Sonora, who was 27 then, had begun to recognise the hardships her father must have gone through while bringing up his six children alone.

When Sonora was 16, her mother died during childbirth. Sonora's father, a civil war veteran by the name William Jackson Smart, raised six children, including the newborn, on his own. Sonora wondered why there was a day to recognise mothers but no such day for fathers.

It was her father that made all the parental sacrifices and was, in the eyes of his daughter, a courageous, selfless, and loving man. Sonora's father was born in June, so she chose to hold the first Father's Day celebration in Spokane, Washington on June 19, 1910.

Her hard work began to show signs of success when Spokane celebrated its first Father's Day on June 19, 1910, with the support of Spokane Ministerial Association and the local Young Men's Christian Association (YMCA).

Father’s Day is now celebrated on the third Sunday in June (culled from Wikipedia).

Father's Day is a beautiful festival that acknowledges and appreciates the important role played by a father in raising the child and consequently building a stronger society.

Fathers, according to an anonymous writer, stands for Faithful, Always there, Trustworthy, Honouring, Ever-loving, Righteous and Supportive.

In an interview with some fathers on this special occasion, they shared interesting perspectives.

Mr Kinsley Inkoom, Acting Editor, Daily Graphic, said fatherhood is one of the most basic and extraordinary sacrifices fathers make towards the home.

To him bringing up children which is demanding, stressful and often exhausting is the responsibility of both parents and not one of them.

He said he took the responsibility of sending their six-month-old child to crèche every day until he entered senior high school.

He said he sacrificed to do that in order to help his wife leave for work early since she worked at Tema whereas he worked in Accra. He solely took the role of bathing, feeding and taking care of the children when he picked them from the crèche till their mother closed from work.

He emphasised that men as head of the family did not mean they should provide everything in the family such that when some of them were unable to cater for some of the demands at home they were perceived as irresponsible fathers in society.

He was of the opinion that some women who were capable of supporting the home financially had left all the burden on them. This, he believed, sometimes made the men shirk some of the responsibilities of taking care of the home.

He cited an instance where a wife could pay for the school fees of their child yet would ask the child to wait for his father whether or not he had the means to pay.

“Having been married for the past 30 years, I have never given my wife housekeeping money. Rather, we all share what we have in taking care of the family.

He advised wives to change the perception that fathers must provide for everything at home irrespective of their income so as not to burden some men who may engage in any bad practice at all cost at work in order to provide for the home.

Mr Charles Ayeh, an accountant, said fathers were the biggest source of strength for the child.

“I show all my children, both biological and adopted ones, true affection, care, love and support,” he said.

He said Father’s Day was a day for them to be pampered and appreciated for their effort in helping to bring up the children.

Mr Ayeh added that not all mothers made sacrifices for their children as some fathers sacrificed more than some mothers.

A father as a mother

According to him, his wife passed on after she was delivered of their third child and he solely took the responsibility for their upkeep. The first born was six years old when their mother passed away.

He said he sacrificed his job and education at the expense of his children. Today all his three children are grown-ups and working for a living.

His advice to fathers was that they should realise that families needed them and that their responsibility did not end at conception but rather the ability to take care of the family.

I salute all men, all gallant men whose sacrifices have made us what we are today. Dear wives, sons and daughters, please join Graphic Communications Group Limited on Sunday to celebrate our fathers and husbands at Oak Plaza Hotel at 1.p.m.