Fastest growing economy: Is ours a mirage? 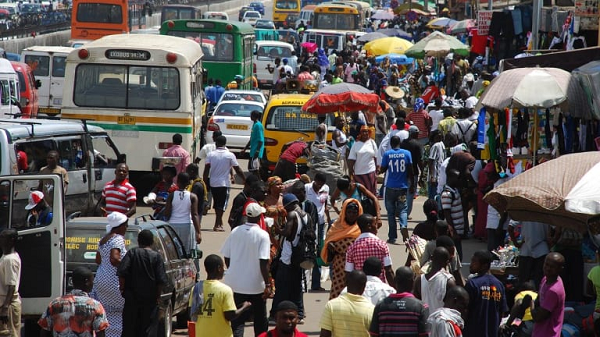 The record of GDP in recent times. Even if one disputes the figures, at least we can see some physical changes. The city’s skyline has changed significantly with modern high rise buildings.

Flyovers or interchanges have been constructed at major road intersections and roundabouts in the country.

These are all proofs, indeed, that our economy is growing. If that is the case, why do people keep complaining, claiming that they don’t feel the impact of the growth at the place it matters most — the pocket?

Such complaints raise the question of the beneficiaries of the growth, whether negative factors are there that offset the positive impact of the growth, and the reasons why the growth rate does not cushion us from shocks and unforeseen adversities that are constant realities of life.

As a nation, we have given less focus to population management and control.

This may be due to certain cultural and religious imperatives that form the basic structures of our society traditionally. Naturally, issues regarding the number of children families should have fall outside the debate radar in Ghana. Because of that, we tend to talk less about population control and management and how it can offset the impact of positive growth in the economy.

Economists have a graphical illustration known as the production possibility frontier (PPF) for the state of any given economy.

The PPF is just a bowed-out curve that indicates the extent to which a production capacity of a country can go.

Any point along the curve is an indication of economic efficiency where available resources and technology are fully employed for production, therefore churning out the maximum output possible. Any point that falls under the curve signifies inefficiency in the economy.

Available resources and technology are underutilised and not fully employed for production, therefore output is less than what is possible.

Our situation is far below the PPF curve, looking at the number of educated people our tertiary educational institutions produce yearly, whose training and skills are not put to use, the variation and extent of natural resources our country is blessed with, and the technologies that are relatively cheap and widely available that could result in great wealth for the nation.

If indeed there is accelerated growth, there are still some questions that require reasonable answers.

Are we actively involved in this fastest growing economy as Ghanaians? How many Ghanaians can claim ownership of most of the means of production that contribute to the growth of our GDP? Foreign individuals and entities control significant portion of our economy.

It therefore stands to reason that, the benefits of any growth rate will not be felt by the majority of the common people.

Any perceived growth will only impact on just the privileged few and that is where the danger lies for the country. The danger is that, there will be numerous politically strong interest groups who are more likely to advocate for transfer-promoting policies as against growth-promoting policies.

In short, numerous and politically strong special interest groups are detrimental to economic growth. In our case more dangerous when foreigners are involved.

Sometimes we have to question some of the accolades the western financial institutions, such as, the IMF shower on us.

“We are the fastest growing economy,” yet we keep running to them for refuge just after such pronouncements are made. It is about time for us to redefine growth in our own terms. In this definition, we should not forget that the pocket of the ordinary person matters.

The writer is with the Institute ofCurrent Affairs and Diplomacy (ICAD). E-mail: This email address is being protected from spambots. You need JavaScript enabled to view it.