Breaking the bias; A reflection on women’s participation in AgriTech 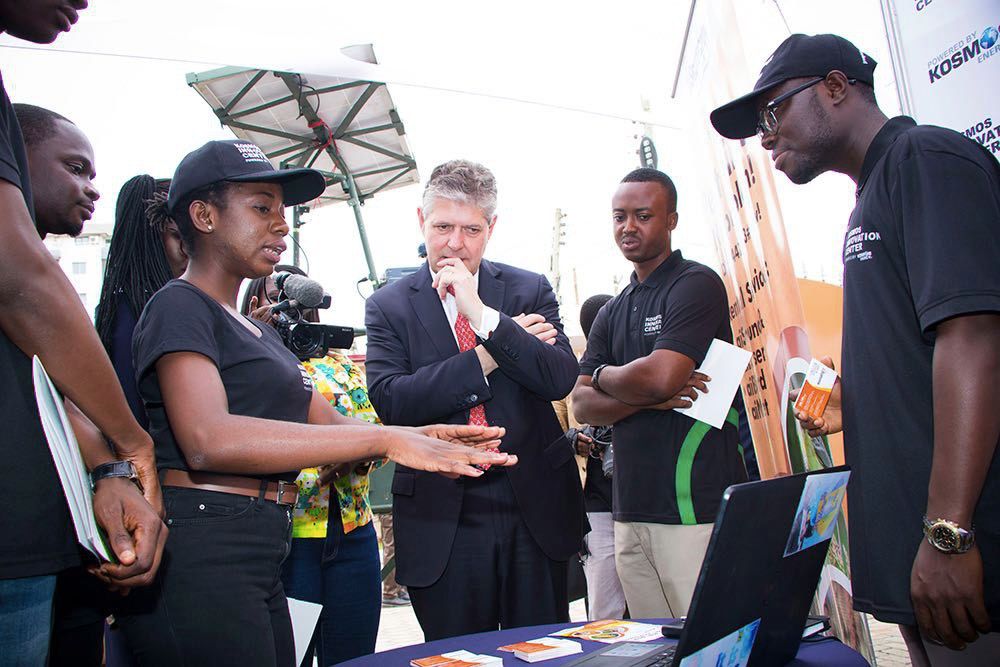 International women’s Day
One of the banes of a fast-paced existence is the missed opportunity, especially when it comes to introspection. Therein lies the functional benefit of commemorative days; they make you stop to reflect on one thing that you may have glossed over for many days. International women’s day allows us to reflect on women, and their role in the world as we know it and want it to be.

As an organization dedicated to empowering young people to take on entrepreneurship across the agriculture value chain, we are faced with a glaring gender imbalance that is impossible to ignore. In all the six years that the Kosmos Innovation Center has nurtured entrepreneurs in AgriTech, provided funding for their business, and supporting them to scale up and expand, we have recorded less than a 40% of female participation.

We have researched the low participation of women in KIC programmes and discovered a mix of cultural, sociological, economic, and systemic factors. More importantly, we have discovered that this is reflective of women’s participation in the agriculture and technology industries 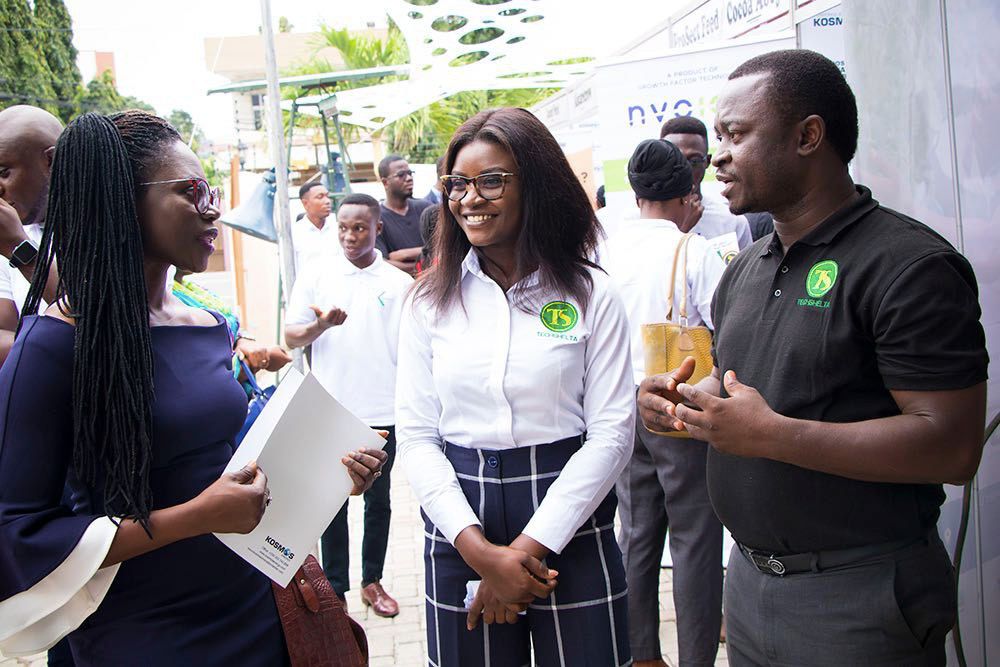 “Breaking the Bias”
Globally, women have had to fight for everything, from the right to choose leaders, to owning property that they have the means to acquire. That’s all in the past now, thankfully. The world is changing at break-neck speed, and everyone is getting whiplash trying to keep up with artificial intelligence, augmented reality, crypto-currency, nuclear warfare, and the likes. Then there’s women, still fighting for a seat at the table, still asking to be represented, included, considered, acknowledged, respected.

Many women in agriculture experience widespread gender discrimination including conscious and unconscious bias and cultural norms that pose obstacles to their ability to fully participate in agriculture. For instance, women in Ghana are unable to rent tractors to plough their fields. In the rare instances where they do, they could lose their spot in the queue to a man. Women in agric have been limited to subsistence farming by systems that frustrate their expansion efforts at every turn.

Women have unsatisfactory access to technical knowledge in agriculture due to numerous barriers to accessing information, benefiting from extension services, and training. This is because men dominate the communication channels that control the flow of information, resulting in failure to reach and mobilize women farmers. Most farmer groups and co-operatives are dominated by men. This creates a boys club situation that relegates women farmers and their concerns to the background and keeps them at the end of the queue whenever there are any opportunities.

The agriculture value-chain in Ghana maintains a rigid gender-based distribution of tasks. Male gender roles are associated with tasks that involve control over agricultural assets, mobility, and decision-making. Female gender roles are usually associated with lower level work in agriculture and livestock, including pre- and post-harvest activities, food processing and household tasks. These distributions of labor have resulted in women’s limited access to, and control over agricultural assets and decision-making. Historically, women’s ownership rights over land hinders and limits their participation in agriculture. There are cumbersome and gender insensitive land registration processes which also deter women from acquiring land, or frustrate them in the process.

There are culturally ingrained biases about women participation in gendered spaces that persist to this day. This is further perpetuated by the stereotypes assigned to industries like agriculture and technology. Women feel less inclined to participate in these industries because of the belief that they are reserved for men. This is especially true for industries like agriculture which despite technological advances that have mechanized many processes, people still believe women do not have the brawns for. Women who have braved the stereotypes and participated in our AgriTech training programs have shown some restraint in participation, some have had to drop out of the programme because of the cultural pressures of womanhood combined with the challenge of fully participating in an intensive entrepreneurial programme.

Several studies reveal that women farmers reported lower income and less access to financing than their male counterparts. This is especially troubling because access to credit is one of the major ways to drive change in markets and social systems. For a country in which agriculture employs a significant number of the population, investing in agriculture will lead to more sustainable livelihoods for smallholder famers, many of whom are women, and increase incomes while reducing poverty levels.

The Way forward
Within this context, it is time to zero in on and eliminate one of the important impediments to gender equality: biases that impact women in agriculture and barriers that keep them from operating fully and efficiently.

At KIC we imagine a gender-equal world, free of bias, discrimination, and stereotypes. Many young women do not venture into agriculture because it has not traditionally been associated with wealth and success for women. The negative cultural perceptions associated with women who choose agriculture as a career path have discouraged many women from exploring opportunities in this field.

KIC as a programme recognizes these barriers and as an organisation, is committed to ensuring gender equality in the agriculture sector in Ghana through its programming. With 50% women target across all its programmes and several initiatives targeted at young women to ‘break the bias’. KIC aims to achieve this through the following initiatives:

Women’s’ Bootcamp
KIC through its women’s boot camp has created an avenue to generate interest of young women in the sector. We will achieve this by partnering with women-focused organizations and women student leaders in our universities to further deepen this effort.

KIC will increase women's participation in the AgriTech challenge in partnership with selected local women empowerment organisations and through the annual KIC women’s boot camp to achieve its 50% young women inclusion target. The programme will provide capacity building and practical skills training for students and graduates, invest in changing the mindset and perceptions of the young people, and position agripreneurship as an exciting career choice for women. It will develop the interest and train 20,000+ young women in the next four years and offer them alternative pathways to either run a viable business or get placed in a dignified job.

Access to Finance for Women through KIC A2F consortium
Women in agriculture play a vital role, yet they have been excluded from accessing finance. Women working in agriculture say they have less access to financing than men. Some women are incapable of getting loans at all, due to legal or cultural barriers, and if women do manage to get loans, they are often smaller than the loans granted to men for similar purposes.
KIC’s A2F consortium will make female farmers' access to finance easier by bringing access to finance solutions/models such as crowdfunding, invoice financing, insurance, assets financing, etc. to women smallholder farmers.

Support for women-led/ women-focused Agri-startups and Agri-MSME’s
KIC will highlight and drive solutions to address key barriers to economic growth for women. Over 180 Agri-startups will be created and 900 Agri-MSMEs supported in the next year. 50% of them will be women-led businesses, which will be supported to better structure their operations, become investor-ready, and get connected to pre-qualified investors. We will also support them with financing sources including debt, equity, and crowdfunding, thereby unlocking access to finance and growth opportunities. We are also investing in agribusinesses that focus on bridging the gender gaps across the Agri value chain, one of such businesses is Trotro Tractor Ltd that operates a ride-hailing business model for farmers looking to rent tractors to plough their farms. This eliminates the biases that women face when looking to rent tractors.

Additionally, this event will engage government, private sector, and women entrepreneurs to identify and address the challenges faced by women in agriculture at different levels. This will be a platform to share stories on the discrimination that women face and the cultural perceptions that exist and foster inequality.
Conclusion

It is becoming more evident that we cannot continue to exclude half of the human population in development because of age-old biases that have no place or significance in the modern world. What we should strive for is an international women’s day where all women everywhere are free from the oppression of cultural, economic, religious, and societal stereotypes. A day where a smallholder farmer can access the same opportunities as her male counterparts. When that day comes, we won’t only celebrate the few women who made it in-spite of the system but every woman who can live a life of dignity because we have dismantled those biases. We are not free until everyone of us is free; break the bias.