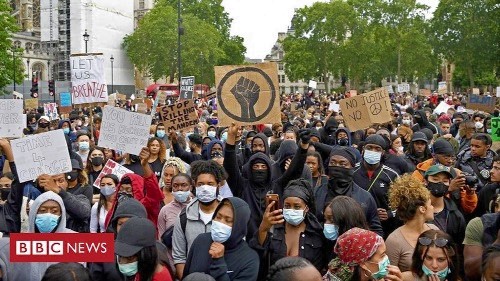 It is 1991 and I am in Bloemfontein, capital of the Free State province of South Africa.

I am a BBC journalist and I am travelling around South Africa to try to get an intimate taste of the country and better understand the unfolding South African story as we try to cover it for the various BBC programmes.

I don’t now remember how it came about that the student body was gathered in the big hall and I am asked to address them.

I had gone to the Vice-Chancellor or was it the Dean of Students, to ask to be allowed to interview a few of the students so I can hear what they make of the dramatic changes that were taking place in their country at the time.

It is probably important that I provide a bit of context here. In 1991, Nelson Mandela had been out of prison for only one year and the formal negotiations that were to eventually lead to the first democratic elections in 1994 had not even started.

Those who know about these things were predicting civil war and racial tensions were high.

Some of the white Afrikaners in particular were swearing loudly that black majority rule would never take place in their country and they would die defending their stand. Bombs were going off regularly.

The student body at the university in Bloemfontein at the time was 98 per cent Afrikaner. The university authorities say it will be a good idea for me to talk to the students and that is how we all ended up in their big hall, students, lecturers, administrators and all.

I am afraid I can’t recall what I said, but I tried to keep it short and then invited questions, as I thought whatever questions they would have and my answers would be more interesting for all of us than a long monologue from me.

I was right and the questions showed me the turmoil that had engulfed the Afrikaners as they tried to deal with the collapse of the world they had known and face the prospect of black rule.

For many of these young students, Nelson Mandela was still the monster they had been brought up to fear and detest.

Their questions were varied; did I think white people will be safe in South Africa under ANC rule, yes, yes, yes; how come black countries were so underdeveloped, it helps to have slave labour and I cite America and the building of the pyramids in Egypt…

Then one of the young men asked me the question which sounded more like an accusation: “But you are not really black, are you?”

I confess that caught me by surprise. I don’t look or sound or act like anything else but black. I had told them I was Ghanaian, and the lead up to one of the questions had been a comment that there were more paved roads in South Africa than the sum total of all the paved roads in all the countries in sub-Sahara Africa.

As I took a deep breath to find a suitable answer, the young man continued: “you must have been born and brought up and educated in England, which must be why you work for the BBC!”

At that stage, I was able to laugh and explained slowly that I was born, bred, educated and everything else in Ghana.

It suddenly dawned on me that I had run into one of the basic tenets of racism. To be able to keep up a lifetime of hatred and disdain for a group of people, race, tribe, religion or whatever, you cannot, dare not get to know them individually as human beings.

As I stood there talking with that roomful of young Afrikaners, and they probably began to enjoy listening to me and probably even learn something from me, I suddenly posed a danger to what they had always known and held dear: black people were less than human and were dumb.

I didn’t know the story then, but since the murder of George Floyd, a story has been circulated on WhatsApp about a black American who ended up in an asylum for having applied to study at the University of Mississippi, because it was decided by the white authorities that a black person had to be mad to imagine or want, or think he could enter the lily-white University of Mississippi in 1958.

My young friends in Bloemfontein had difficulty placing me with their idea of blacks. I discovered most of them had grown up looked after by a black Nanny and had even played with black children usually until age eight or 10 and then the relationship changed.

I heard a term that day that I was to hear often those days in South Africa: “Our Blacks are not like you”.

That day, my young Afrikaner friends had two hurdles to surmount: I was a black woman, which was difficult enough for them, but I was from darkest, primitive Africa as well.

At the height of apartheid, the ultimate threat dangled towards the black South Africans was the primitive chaotic mess that was the countries north of the Limpopo river compared with the beautiful South Africa, with the paved roads and skyscrapers, which could become like just another African country.

(In later years to be described by an American President as shitholes).

Since the death of George Floyd and the subsequent events, one of the saddest outcomes has been that anyone should even think that Africans would have any other option but to see themselves as part of the endangered black race.

It is preposterous that black immigrants to the United State could see themselves as different from the original African-Americans.

It was the former Botswana President Quett Masire who once told a gathering of African heads of State at an AU meeting: “you can insist all you want on being Nigerian or Kenyan or Zambian or whatever, once out of this continent, and on a street in London, all they can see is an African”.

Outside the African continent, the temptation is strong for black people to fall into the trap of seeing the divisions that have been created for us, mostly because we are struggling for the same droppings from the table.

The white South Africans would much rather give a job to a non-South African black person than a black compatriot. A Ghanaian or Zambian does not pose the threat that a black South African would pose in the company.

The American universities would much rather admit students from the African continent to make up their black quota than take in African-American students.

The African immigrants to the US or UK used to see themselves as long term visitors who would be returning home and therefore wouldn’t get involved in the racial struggles of America or the UK.

Now that their children have grown up in these countries and can identify with the historical pain of the African-Americans, we shall all come to accept that there is no difference in an African black, British black, West Indian Black or American black. Black is Black.