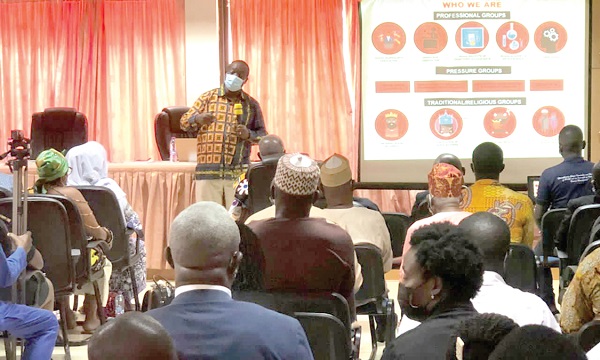 The Public Interest and Accountability Committee (PIAC) has said a chunk of the country’s oil revenue must be used for legacy projects.

It said applying petroleum revenue to adress many national problems, as was the current situation, would not yield the needed results.

At a public engagement in the Sekondi-Takoradi Metropolis on the 10 years of the country’s oil production and “what the citizenry need to know”, the Chairman of PIAC, Prof. Adom Frimpong, said few legacy projects should be identified at a time and supported with the oil fund.

According to the chairman, the inability of successive governments in completing many projects funded with oil revenue had resulted in weakening the potential impact of the revenue in the socio-economic development of the country.

“Projects such as the Anomabo Fisheries College was started years back, but during the last visit by PIAC, we realised that the school is not completed due to lack of funds,” he added.

Prof. Frimpong further suggested that every district or region should have at least a legacy project funded with the oil revenue.

For instance, he mentioned the Terminal Three project at the Kotoka International Airport, the Atuabo Gas processing plant, the Anomabo Fisheries College, the Kojokrom-Tarkwa railway, the Enchi-Asankragua road and the Free SHS programme as some of the commendable projects the oil revenue had been invested in.

The chairman, however, said the committee was still concerned about the reliance on petroleum revenue as the main funding source for the SHS programme due to the volatile nature of the petroleum sector.

Prof. Frimpong assured the public that the committee would continue to monitor and evaluate compliance by government and other relevant institutions in the management and use of petroleum revenue as provided by the law.

A member of the committee and Paramount Chief of Mpohor, Osabarima Entsie II, said there was the need to defend the peoples’ interest at all times.

For his part, the Western Regional Minister, Mr Kwabena Okyere Darko-Mensah, said the establishment of PIAC was necessary adding that the government was committed to value maximising petroleum resources.