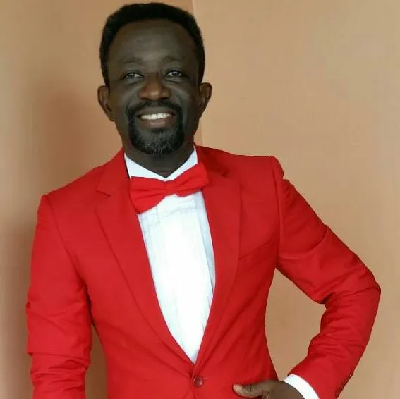 Kumawood, the name taken on by the local movie industry, is rumoured to be extinct but players disagree, saying it was very much alive but was only experiencing a nose dive due to the economic downturn that had hit the world due to COVID-19.

The Chief Executive Officer of Miracle Film Productions, Mr Samuel Akwasi Nyamekye, in a recent interview with the Daily Graphic stated that the local movie industry was only in transition but not dead.

“We are currently in transition for which reason we have resorted to online shooting short videos and series for YouTube, contrary to the general perception that Kumawood is dead, it is not dead because we are vibrant on YouTube and all our stars can be found there.

“These days people don’t have time to sit for an hour and 20 minutes just to watch a movie so we shoot movies with a maximum duration of 45 minutes and put them on YouTube where people can equally watch and enjoy them,” he said.

“We also have series that are shot in seasons so one can watch from season one to about season 10 and really have fun while at it, so we don’t shoot full length movies these days.

“We used to premiere full length feature films but when COVID-19 reared its ugly head, all that stopped,” he added.

Mr Nyamekye is not alone in his assertion. Some producers in the local film industry are also of the view that Kumawood is not dead.

Paul Gee of Paul Gee Productions stated: “The industry is not dead at all, there are always new stuff to do movies about. We just lost Kohwe and we can do a movie about that so the government should give about 10 producers money to do standard movies and rotate to another 10 when the first batch are done. If I am given GH¢100,000, I can shoot a very quality movie which can be shown on Netflix and other media around the world.

“Right now it has shifted to the internet, social media and YouTube and we were not prepared for it because the structures are not in place. Because the industry has declined the government should be able to support us financially to enable us shoot standard movies for Netflix, Amazon etc.”

Movie producer Jackson Bentum also pronounced, “Kumawood is not dead, we are still working and doing a lot of online stuff so indeed we are not dead.”

However, Mustapha Adams of AA Productions holds a dissenting view. To him, “Kumawood is dead, we actually don’t have an industry, some of us are into other businesses while others are shooting short videos and series for YouTube but you can’t call that an industry. It is not just Kumawood but the general local film industry that is dead; we don’t have an industry like I said earlier.”

Sharing his thoughts on how the industry could be revived, he said, “It needs a lot of investment and I think there should be an avenue for us to show the movies we produce. If there are at least two cinemas in every region, we can shoot the movies show them and shoot again so we will be in good business so that should be looked at if we are to bounce back.”

Bill Asamoah is a renowned Kumawood actor and he agrees with Samuel Nyamekye, “What he said is true, a whole film industry like Kumawood cannot die just like that. It is very much alive and the young guys are shooting short skits and videos for YouTube. I didn’t want to actually say that that is sustaining Kumawood but there is some work going on.

“But I can assure you that people are working, there are a couple of people who are shooting as we speak now, the attention has shifted to TV series and the television stations have come to accept that they need local content and by so doing they have collaborated with a few producers who are funding these series and whatever arrangement they come to, actors are able to get something small for their pockets.

Actor Kwaku Manu also shares the view that Kumawood is not dead. “If it were dead, you won’t be hearing of any of us, so indeed it is not dead, it has only gone down. We have shifted our attention to short skits for YouTube and that is what is keeping us busy,” he indicated.

“There is hope for every sick person to recover so I believe we will bounce back,” he stated optimistically.