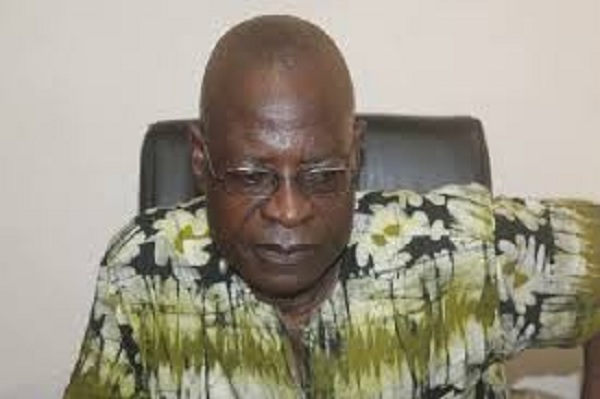 Veteran Actor, William Addo on the verge of losing his sight to glaucoma has resorted to herbal treatment to regain his sight.

Mr Addo known in showbiz as AkpatsƐ has been battling with the debilitating ailment for the past five years.

He told TV3 that one Mr John Kofi Sackey, aka Odopee has discovered a potent herbal preparation that can cure all kinds of eye diseases including glaucoma. He said Odopee has offered to help restore his vision.

AkpatsƐ is currently receiving eye treatment at the Odopee Herbal Research and Learning Centre in Mankessim in the Central Region and says he is in desperate need of money to survive at the centre.

"I woke up somewhere last year and one eye couldn't see anything at all. I was completely blind", Mr Addo said

Mr Addo who has been at the centre for over a week is confident of getting healed by the time he leaves in about eight weeks, saying: "The changes are very fundamental and as for the right eye, it's almost getting clearer".


He reiterated his desire to return to acting after being healed.

"I am very hopeful that by the time I leave Odopee and move to Accra, in about eight weeks' time, I will be back on track. A brand new William Addo, a brand new AkpatsƐ", he expressed.

Even though patients are not charged for services offered at the centre, they have to take responsibility for their accommodation.

In this regard, Mr Addo has made a passionate appeal for benevolent people in society to come to his aid.

"I don't have anything as I speak to you now because the money I have, I have used that money to pay for my hotel", he lamented.

The owner of the centre, Mr Sackey said he was hopeful Mr Addo would leave the centre healed as he would be able to walk on his own in two months time because "his problem is not a problem to God".

More than 300 patients, an average of about 50 a day, visited the facility between December 7 and 10, 2019 after the Daily Graphic reported on the centre’s unique herbal treatment for various eye diseases.

It is reported that many people have regained their sight at the Odopee Herbal Research and Learning Centre.