My 'Posti Me' song is creating problems for men- Akwaboah Jnr 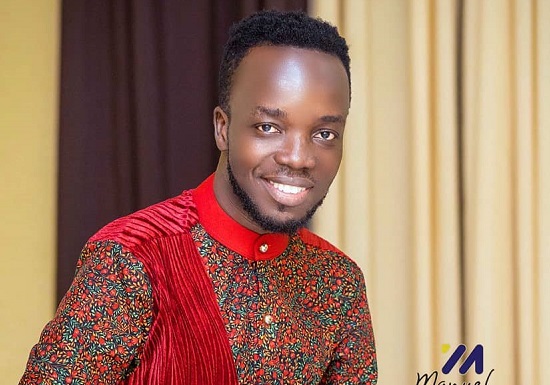 Highlife musician Akwaboah Jnr has revealed that his song Posti Me is creating problems for men.

According to him, a lot of men are not happy about the song because they claim they cannot proudly post their partners on social media.

“I did a challenge on social media asking the guys to post their girlfriends in a video and send it to me via my social media handles and to my surprise no guy was bold enough to post his lady. That should tell you that they are not cool with the song.”

“Imagine what the song is saying to a man who has three or four women. How can such a man post one woman out of the three or four? One guy called me complaining that I shouldn’t have done that song because it was going against him,” he told Kwaku Manu on his Aggressive Show posted on YouTube on Monday, August 31.

Akwaboah disclosed that he did not know Posti Me was going to be this huge. “I was not expecting it to get this far but I guess Ghanaians like the song and keep pushing it for me. I have other great songs I will be releasing this year and I want Ghanaians to stay tuned for it,” he said.

To mark his birthday on Sunday, August 30, Akwaboah released a rendition of the song Awerekyekyere by his father, Highlife musician Akwaboah Snr. His father collaborated with him on the song.

Akwaboah is one of the young acts who are pushing Highlife and after years of being underrated is now getting the recognition he deserves.

And so he must have not liked it when at last year's edition of the Vodafone Ghana Music Awards (VGMA), veteran Highlife musician, Amakye Dede crowned another young artiste Kuami Eugene as the future of Highlife.

However, when Kwaku Manu asked him about it, Akwaboah said he was sure that that was not Amakye Dede's intention.

“I don’t think Amakye Dede would pick a crown from the house, mount a stage and crown Kuami Eugene as the future of Highlife music. It was staged and you could clearly see it on the stage,” he stated.

“Our fathers and our grandparents stayed together for years because they understood each other. Why can’t the young ones rather remain in marriage for a long time but keep divorcing after very beautiful weddings,” he said.

Akwaboah is a prolific songwriter and has written songs for artistes such as Becca and SP Kofi Sarpong. In 2010, he won Songwriter of the Year at the Ghana Music Awards for Daa Ke Daa which he wrote for Becca.

As a musician, some of the songs Akwaboah has to his credit include I Do Love You, Nsoromma, Mesan Agye Wo, Hye Me Bo, Hold Me Down, Sanbra, Gangsta Lovin and Obiba.

He produced and co-wrote the songs on Sarkodie's fourth album titled Mary and the rapper has described him as the greatest songwriter.