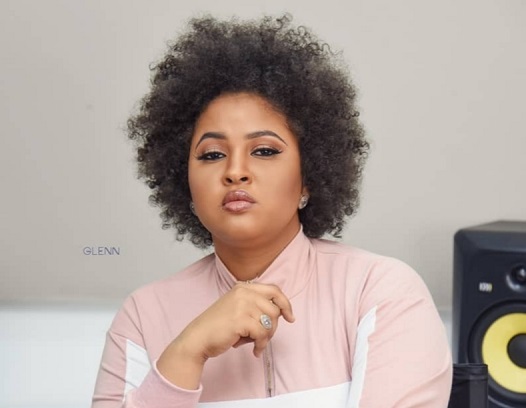 Afrobeats artiste Akua Val has been in and out of the music industry for about 10 years but decided to make a comeback in 2019.

According to her, she came back not only to prove that she had the ability to take the Ghanaian music industry to a much higher level but to also demand more respect for females artistes.

In a recent interview with Graphic Showbiz, she said if she had the power to change anything in the industry, it would be how women were treated.

“The first thing I would like to change in the industry is the way women are seen. I would like female musicians to be treated with more respect and be seen as more than just sexual objects.

“We have a lot of talented females who are doing great but they are seen as sex objects, they are expected to dress in a certain way before they will be accepted. I don’t get it, what kind of industry are we building?

“It’s like if a female musician does not look a certain way or dress a certain way, then she will not make it in the industry and so I constantly ask myself questions like ‘does a woman have to be half naked and considered as crazy for her to be successful in the industry?

“Does it mean if a female musician does not wear skimpy clothes then she cannot make it in the industry? Does it mean if she is not attractive enough (per what society now sees as beautiful) then she will not make it?” she queried.

Read also:Only haters will disagree with my award - Ras Kuuku

“Record labels also now tend to put pressure on female artistes to look a certain way so the music can sell which I think is disrespectful to women. This can lead to inferiority complex issues. We need to build up women and not break them.”

Akua Val said even with these expectations of female artistes, they were subjected to abuse when they went ahead to meet them.

“If they do all that to get people to pay attention to their music too, they are labelled as whores or people who impact the youth negatively. A very good example is the late Ebony who received backlash from Ghanaians so what should we do now,” she asked.

In sharing her concern, Akua Val said society had played a role in the sexual objectification of women not only in the music industry but as a whole.

Akua Val said she had massive respect for all females in the industry, who were persevering in the face of challenges.

“Having said all these, I respect all the female musicians in the industry. I am proud of what they have achieved and continue to achieve because I know how difficult it has been for some of them to maintain a certain level in the industry.

“The female section of the industry has definitely grown, there is improvement and I think we should be encouraged more to believe in ourselves and our craft and so we should not change for anyone or anything,” she concluded.