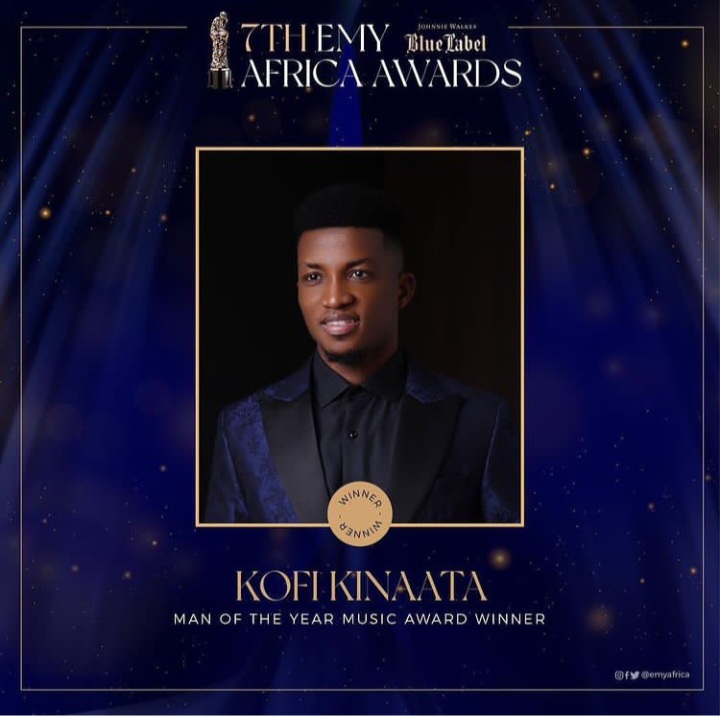 The 7th EMY Africa Awards' "Man of the Year - Music category" honour is the latest accolade for artiste Kofi Kinaata in a year that seems to be filled with triumphs.

Born Martin King Arthur, the Susuka hitmaker added a feather to his cap when he received the most prestigious award of Artiste of the Year at the just-ended Ghana Music Awards USA.

And just after few weeks, he has been honoured for his works in the year under review.

This year's EMY Africa Awards came off at the Grand Arena of Accra International Conference Centre(AICC) yesterday, October 1where a number of distinguished personalities who have excelled in various fields of endeavours were honoured.

The performers for the night were South African Afro-soul singer Zahara and some of Ghana's sensational acts including Akwaboah, Cina Soul, Kwabena Kwabena among others.


Chief Executive Officer of Lynx Entertainment Richie Mensah were among players in the arts and entertainment industry honoured on the day. He earned the Young Achiever (Male) Award –

The others were actor Adjetey Annan who received Actor of the Year and Tony Tometey who walked home with the Creative Arts and Support award.

Discovery of the Year Award – Free The Youth (FTY)

Designer of the Year – Ezekiel Yartel

Actor of The Year – Adjetey Annan

Group of the Year – Rotary Club

Brand of the Year – Caveman Watch

Man of the Year (Africa)- Dr. Akinwumi A. Adesina

Man of the Year – Ibrahim Mahama