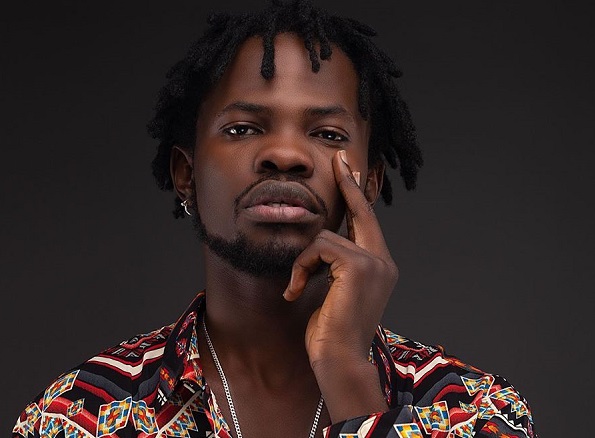 Afrobeats musician Fameye has asked up and coming musicians not to put pressure on A-list artistes to feature on their songs if they are not ready.

Taking his turn on actor Kwaku Manu's Aggresive Interview, which was posted on YouTube on Wednesday, October 21, Fameye said, the big musicians have their own pressure they deal with.

“I used to put pressure on popular musicians for collaborations but I stopped and worked my way up and now they are willing to work with me.

"I now understand why popular musicians were reluctant to work with me. I don’t blame them because they go through a lot of pressure promoting their songs and writing their own lyrics,” he explained.

Read more: I would have been dead if not for God - Funny Face

According to him, he now understood why popular musicians don’t just jump on any song but would have to like listen to the songs before making a decision.

“You don’t expect Amakye Dede or Kojo Antwi to just jump on any song because they are being pressured or paid. Although I am not there yet, the pressure from these young ones for collaborations is just too much.

"I have songs that have been sent to me by other artistes but I have not been able to feature on them because I am busy doing other things,” he said.

Commenting on who his favourite artiste is Fameye said Sarkodie has always been the number one star he had always wanted to meet.

“I was speechless when I met Sarkodie. When he was talking to me I was just staring at him as if I was gay. Sarkodie is a superstar and working with him on his latest track is an honour. I would want to work with him again because I have always admired him,” Fameye said.

Fameye, whose real name is Peter Famiyeh Bozah, shot to fame with his hit single Nothing I Get. Before that, he participated in Season 4 of MTN Hitmaker.

Since Nothing I Get he has released a number of songs such as Mati, Chairman featuring Joey B, Barman, Enkwa, Destiny among others.

He won the New Artiste of the Year at this year's Vodafone Ghana Music Awards (VGMA).