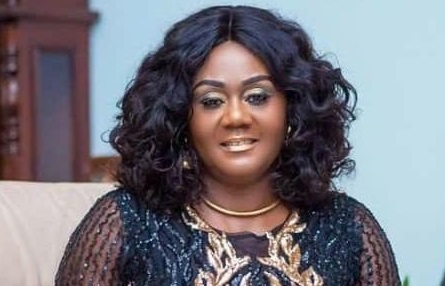 Finally, after much struggle, the Creative Arts Industry Bill, 2020, has been passed into an Act. The Act is awaiting the assent of the President and then a Legislative Instrument to make it effective.

It’s been a long time coming and commendations are in order, especially to the current overseers of the Ministry of Tourism, Arts & Culture, the Creative Arts Council and the National Commission on Culture, not forgetting the erstwhile NDC administration that also contributed immensely.

Great Strides
Interestingly, in the last couple of years, anytime a matter pertaining to the industry is raised, the response given has been ‘let’s wait for the bill to get passed.’ The statement, which became a cliché, was touted as a panacea to every question about the industry – a galling one at that.

The fact is, the passing of this bill is a great feat and it must be celebrated accordingly. The call for the celebration stems from the knowledge that the bill addresses all matters related to the industry.

There’s no denying that the passage of the bill alone is not enough and doesn’t fix anything unless every provision in it is implemented. A clear example is the Film Act, which was passed in 2016, yet, not every provision has been fulfilled and the film industry is still struggling.

Council to Agency
One of the major outcomes of the bill is the upgrading of the Creative Arts Council to an Agency.

According to the Act, the agency is supposed to identify and develop creative arts products, ensure that there’s training for practitioners and enterprise operators in the area of innovation, packaging and marketing as well as fund-raising.

Most importantly, the Agency, under the aegis of the governing board, is expected to provide the institutional framework for the development and management of the creative arts industry.

Powers to the President
My senior colleague and an influential figure in the creative industry, Kwasi Aboagye, on his popular show Entertainment Review on Peace FM over the weekend, expressed some misgivings about the clout the President wields in the operations of the Act.

According to the Act, the President must appoint members of the governing Board of the Creative Arts Agency, which would be chaired by the Minister of Tourism, Arts & Culture in accordance with Article 70 of the constitution.

The same Article 70 of the constitution gives the President the power to appoint the Executive Secretary of the Agency, who would lead the running of the firm.

Kwasi’s reservations are justified but the truth is, the industry needs control, discipline, regulation and structure, and if powers to the President would ensure all that, then yes, the President should command them all.

All hands on deck
Word has it that there are some elements within the industry that are not enthused about some of the provisions in the Act. All feelings of angst about the Bill and its passing won’t mean anything now.

The Act has virtually everything that would see to the progress of the industry if all the provisions are fulfilled.

It also makes room for the formation of Committees that would aid the Board operate as well as other functions that would help the Agency function effectively.

In essence, if industry players come together, there’s enough room for all those with the requisite expertise and qualification on the Board and in the Agency – all in a bid to steer the industry to higher ground.

President Akufo-Addo, 10 others for AfCFTA awards

No COVID-19 vaccine yet approved for use in Ghana - FDA

Election of Speaker, deputies plus for democracy - IMANI

Judge worried over lack of legal representation for Asiedu