Blame organisers for our 'failure' - Stars of the Future’s Kwamiena 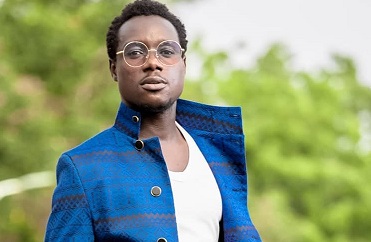 The high expectations of winners of music reality shows have mostly turned into huge disappointment with many of them failing to make much impact.

But for a few such as Lynx Entertainment signee KiDi (MTN Hitmaker 2015), Adina (Stars of the Future 2008) and Wiyaala (Vodafone Icons Mixed Edition 2014) and to some extent Kurl Songx (MTN Hitmaker 2016) and Kesse (Season 4 of TV3 Mentor) the performance of winners of reality shows have been nothing to write home.

However, winner of the last edition of Stars of the Future in 2011, Kwamiena,formerly known as Immanuel Immanuel, is blaming organisers of such shows for the unfavourable situation many winners find themselves in now.

In a recent conversation with Graphic Showbiz, he pointed out that the pressure from organisers to make hits had left them (winners) with nothing. According to him, the organisers must allow winners to discover themselves and toe a path they were comfortable with than being compelled to do what they (organisers) believe is “acceptable by the system”.

“As soon as you win the competition, there’s pressure on you to make a hit song. The truth is that, little or no care is given to if the song makes positive impact or not, what matters is that just make a hit.

Read also: Why I had my daughter through surrogacy - Actress Ini Edo

“With this situation, you are compelled to do it the way of the organisers even if that is not what you are comfortable with. I remember that one of the guys in my team at the time, a very huge and respected industry person said, ‘oh, take him to this person, let him write a song for him, it doesn’t necessarily have to make sense’.

“These things are quite frustrating, especially as a creative artiste when you are not allowed to be you and express yourself. Musicians are a whole pool of expression, imagination and experience waiting to share it but the chance is shut in such situations.

“For instance, I was told that Ghanaians are not looking for impactful words but they want danceable tunes so I should just do that. I was like ‘okay, but what am I doing?’ It frustrates you and most times, some of my colleagues end up quitting and sitting back. For some of them too, they have to compromise and do what the system wants them to do,” he said.

Read also: Be good till mummy comes back - Akuapem Poloo to son

Kwamiena said there were other factors that forced him to take a break from active music since he wanted to discover himself.

“The point here is who am I as an artiste? What was I really supposed to do? And what is my message to the world? If you look at certain artistes like Michael Jackson, most of his greatest hits were songs on humanity.

“In Ghana, there’s Joe Mettle, who’s always singing about praise and worship so I got to a point and asked myself, ‘so what was my message?’ I believe I’m an artiste whose music is supposed to heal - heal relationships, heal people emotionally, psychologically, physically and spiritually. I need my music to heal.

“I needed to discover myself by taking a break since there were too many voices directing me at the same time. If you are not careful, you will feel that you have arrived and that is not what I wanted,” he said.

Having experienced the downturn of the expectations of winners, the graduate of the Central University, who is now a fashion designer, encouraged organisers of music talent shows to identify the strengths of contestants.

“It’s not helpful when contestants who have strong leanings towards a particular style are forced to do other genres during the competition. They must train contestants in what they are comfortable with as done with X Factor and American Idol,” he added.