My husband and I not controversial – Empress Gifty 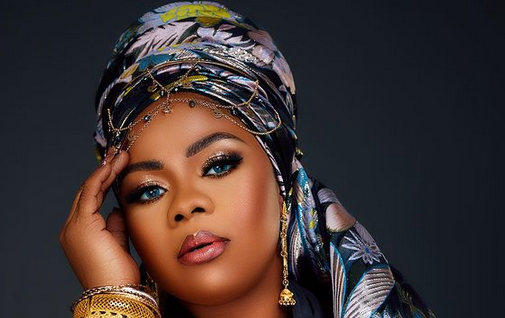 Just days after they got married, Gospel artiste Empress Gifty and her politician husband, Hopeson Adorye, were faced with a scandal involving their decorator.

While that matter was later resolved, it seems the couple has gained a reputation for being controversial but the singer tells Graphic Showbiz that perception is untrue.

“No, I don’t agree with those who say we are controversial. Maybe, they are not close to us but we are very simple people and we adore people. Those who are close to us will attest that we are very humble.

“We say things as they are and you know Ghanaians don’t like the truth so people probably have issues with us because we tell it as it is without massaging it. When there is an issue, the way I will deal with it may be different from how others may handle it but that is me,” she stated.

There are also some people who believe that Empress Gifty is too fashionable for a Gospel musician and in her response she said, “People know that I love fashion. I am a fashion designer myself.

Read also: Your fees are too high – Event organisers to musicians

“I have not seen anywhere in the Bible that you have to look dirty before you can worship God; no, I have not seen that anywhere. It is said that all good things come from above which means they come from God so if I am representing this God who created me and gave me this gift then I need to do it well and I don’t see anything wrong with that.

“Whatever I do for God I do it with all my strength and my might and I do it very well. I don’t take anything for granted in my work as a minister and if my fashion sense has to praise my maker, so be it,” she said.

Lately, Empress Gifty looks really good especially her with her figure but surprisingly she said she does not work out and hasn’t also gone under the knife to keepher body in shape. “I don’t work out or do anything to keep my figure in shape, it’s all natural and by the abundant grace of God for which I am most grateful,” she said.

Read also: Gospel music not charity work - Mary Ghansah
Empress Gifty has been on the Gospel music scene for over a decade and has a number of hit songs such as Aseda, Fefeefe, Turn It Around, among others. She is an award-winning artiste who has performed at international events and local ones.

She got married to Hopeson Adorye in 2018 at a lavish ceremony which saw a number of stars in the entertainment industry in attendance.