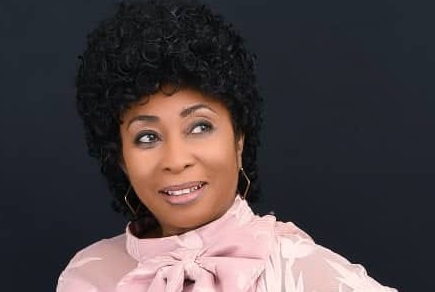 Opinions have been divided among Gospel artistes as to whether they should benefit financially or not from what they do.

While one school of thought believes that what they do is to propagate the word of God so it shouldn’t come with financial rewards, others say they put time, money and effort into their craft and deserve to be paid.

Veteran Gospel musician Mary Ghansah has also shared her opinion on the matter, saying the Gospel music industry should not be seen as charity work.

According to her, one important point people were missing was that the Gospel music industry was a source of employment.

“There is the fact that you are doing the work of God but there is another which is a source of income, source of employment. What we have failed to acknowledge is that the Gospel industry has taken a lot of people off the streets, it has given people something to do.

“The organist, the one who produces, the backing vocalist etc. for some, that is the only thing they do to earn a living. When you come to the artistes themselves, it is helping and has helped a lot of people; some of the Gospel artistes do not do anything else apart from honouring programmes to perform and it is not out of place if they earn something from there.

“This doesn’t negate the fact that it is not open to everyone. You need to have the calling, you need to understand the work and the purpose for which you are doing Gospel, then the other things will follow,” she told Graphic Showbiz recently.

“In fact, we are the ones who need these things because we do most of the work, we work with the souls of people and the Bible even says it, we should live by what we do,” she stated.

Moving on to issues affecting the music industry, the Okokroko singer said it had more to do with the system. “We need to get the system working, we need money. We need something like a fund, we need government to step in so that ageing musicians would not go through challenges as that is the case at the moment.

“When you get to that age, you start thinking about how you are going to live since you will not be active in the industry like you used to. And when that happens, it is like you are back to zero it is not a good thing, it doesn’t motivate you or people to do more,” she said.

Mary Ghansah also touched on the state of the Gospel industry now; saying, “The respect is more now, we are being recognised more. Gospel music has now been accepted as a genre that everyone needs.

“People have come to acknowledge the role Gospel songs play in their lives whether in the line of duty or as individuals. In previous years, they used to look down on us but now we have become a force to reckon with.”

Mary Ghansah is gearing up for her annual event, More Than a Song, which will come off on Sunday, December 5 at the ICGC Calvary Temple, Spintex Road, Accra.

“Again, we are going to give our all to God, it’s not just a song, everything about us belong to Him. So, I encourage everyone to be there and experience the amazing grace of God," she added.

Mary Ghansah, whose career has spanned around four decades, is also an ordained reverend minister. She is known for songs such as Okokroko, Onyame Nnae, Agyenkwa Jesus, Onyame Ye Odo, What A Friend, Onyame S3 ayeyi, Enkaa Ekyire, Sweet Jesus, Oguamma Wo Fata, and Wo Ye Onyame.