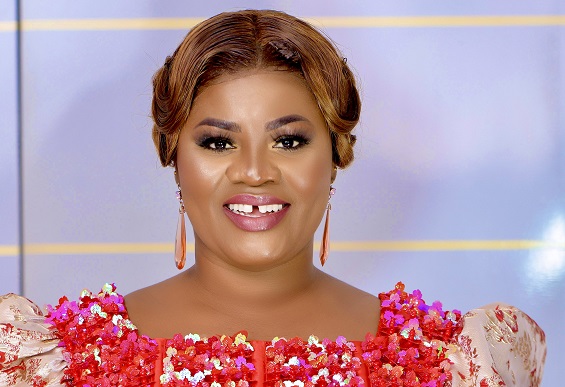 Pride has been said to go before a fall and that has been true for some artistes who have allowed pride and arrogance to destroy their careers.

And for Gospel artiste Obaapa Christy, her fervent prayer is that she will always remain humble no matter how famous she gets.

In a recent interview with Graphic Showbiz, Obaapa Christy said she had witnessed the downfall of many artistes because of arrogance and did not want to fall victim.

“Being arrogant is what I always pray against, I have seen so many celebrities fall because of that. They become arrogant after getting fame and disrespect the very people who helped them to get to the top.

“When fame enters your head and you are not careful, you are likely to be arrogant and that is what I always pray against,” she stated.

According to the Moving Forward hitmaker, one thing that had kept her going, since she started doing music close to two decades ago, was her humility, accepting her wrongs and learning from the people she admired.

“It is always the best for a celebrity to have someone they look up to. For instance, I look up to Cynthia of Daughters of Glorious Jesus fame as my role model. Despite her talent, she is very humble and respects everyone.

“Having someone like that as a mentor will always help me to make the right decisions. I am not saying I am an angel because the temptations will come but when you know where you are going, you will not engage in certain things.

“I am very careful what I say on air and the kind of friends I associate myself with. There is no need talking about my personal life on social media or saying any silly thing just to trend. I have passed that stage, I will rather let my works speak for me,” she said.

Obaapa Christy is out with a brand new single, The Glory, and says the response to her new single is huge due to how she has carried herself over the years.

“Since my latest single dropped, I have not slept. I have been doing one interview after the other on TV and radio and it’s all free. I have established a very good relationship with the media and by December, The Glory will be everywhere,” she said.

To Obaapa, another thing that helped her is seeing herself as a beginner. “Once you feel you have arrived, that is the end for you. When you see yourself as a beginner, you always want to get everything right by pushing hard when you release new material. Music is what I do for a living and I don’t joke with it at all,” she stated.

Read also: Your sense of entitlement is overwhelming – COP Kofi Boakye to celebs

She commended the current crop of Gospel musicians for doing so well. “I must be honest; most of these young musicians are doing so well. I listen to quite a number of them and they are good,” Obaapa said.

“Secular musicians are human like us so why the discrimination? If the time comes for me to do it, I will just do that,” she said.