Your sense of entitlement is overwhelming – COP Kofi Boakye to celebs 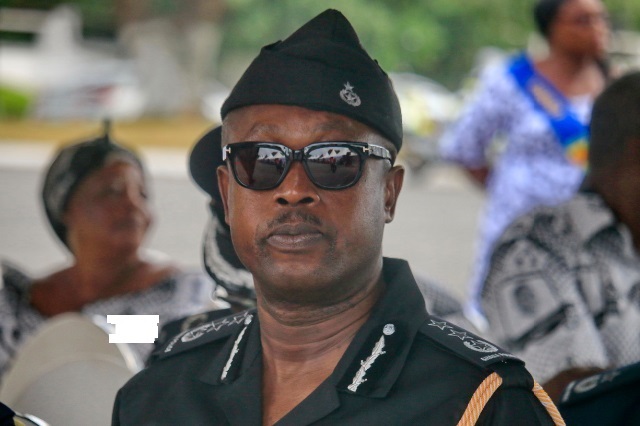 COP Kofi Boakye is the Director-General in charge of Legal and Prosecution for the Ghana Police Service
30.5k Shares

The Director-General in charge of Legal and Prosecution for the Ghana Police Service, COP Kofi Boakye, has chided Ghanaian celebrities for their sense of entitlement.

At a meeting between creative industry players and the Inspector General of Police (IGP), George Akuffo Dampare as well as some senior police officers at the Police Headquarters in Accra on Wednesday, November 10, some celebrities raised concerns about how they are sometimes treated by police personnel.

In their view, per their status, they should enjoy some privileges but COP Kofi Boakye was having none of it, saying their sense of entitlement was becoming overwhelming.

“I want to say that the sense of entitlement of celebrities is becoming overwhelming and I just don’t get it. Some of the things that you do are disgusting, truth be told. If we cannot arrest pickpockets, we cannot arrest armed robbers. No one is above the law. When you fault it and the law has to deal with you, we will, so that it will deter others.”

“If you want privileges, what privileges do you want? That you can pull a weapon anytime and nothing would be done to you? No, that is not possible, we cannot do that,” he stated.

COP Kofi Boakye also raised concerns about the celebrity tag and who deserves to be given that title.

COP Kofi Boakye also indicated that there will be another gathering where cyber law and corporate law would be discussed so that certain things would be avoided. “We will have to talk about these things so that we will all be on the same page because if you lie to damage the reputation of someone, the law has to take its course," he added.

Read also: Serwaa Amihere is an emotional person– Nana Aba Anamoah
The IGP called for a meeting with the creative players for discussions on how to enhance collaboration and cooperation.

Quite a number of industry players including Shatta Wale, Kuami Eugene, KiDi, Stonebwoy, A Plus, Bulldog, Samini, Socrate Safo, Afia Schwarzenegger, Rex Omar and more were in attendance.