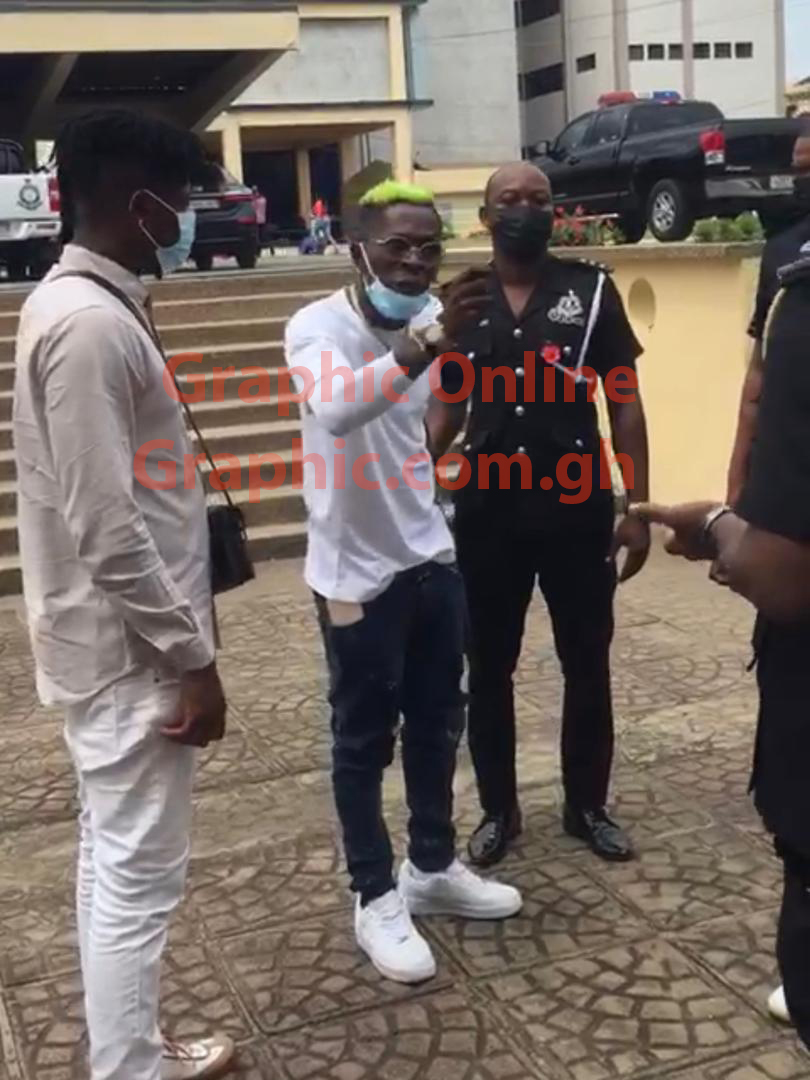 Exhibiting an angry mood, Shatta Wale stormed out of a meeting with the Inspector General of Police (IGP).

The IGP, Dr George Akuffo Dampare had called a private meeting to interact with people in the creative arts industry.

Since his appointment as the IGP, Dr Dampare and the police management have been meeting with various stakeholders in Ghana.

As part of the protocol for the meeting, the media was asked to stay out of the meeting.

There was to be no recording of the meeting.

An order was reportedly given for him to be detained and some of the people at the meeting pleaded and he was spared.

Some police officers followed him outside.

Shatta Wale's anger was that, he saw some of his colleagues at the meeting recording the session with their phones.

When he also pulled out his phone, a policeman approached him and asked him to stop and that is why he got angry.

"You called me to come here, I've come here, I'm sitting down, people are taking out their phones, me alone took out my phone, some policeman wanted to talk to me," Shatta Wale said while explaining why he stormed out of the meeting.