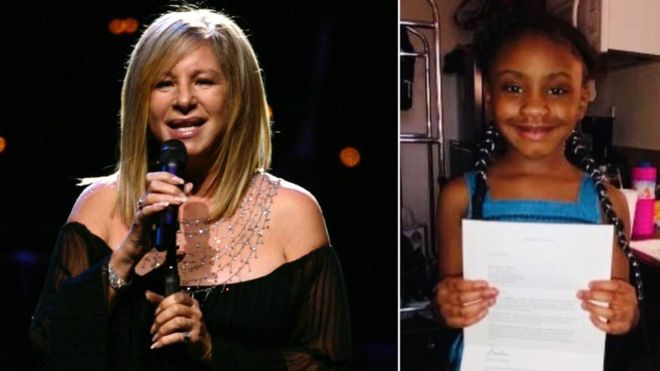 Streisand is not the only celebrity to offer financial support to Gianna Floyd
30.5k Shares

Singer Barbra Streisand has made George Floyd's six-year-old daughter a stockholder in Disney.

Gianna Floyd posted a picture of her new shares on Instagram, thanking Streisand in the caption.

"Thank you Barbra Streisand for my package, I am now a Disney Stockholder thanks to you," she wrote.

It is not clear how many shares Streisand purchased for Gianna, whose father died in police custody last month, after a white police officer knelt on his neck for almost nine minutes.

His death has sparked protests around the world, with demonstrators calling for police reform and an end to racial inequality.

Kanye West has also provided financial support to Mr Floyd's daughter, launching a college fund to cover the cost of her eventual tuition.

Texas Southern University also offered her a full scholarship if she chooses to attend the school in the future.

Thank You @barbrastreisand for my package, I am now a Disney Stockholder thanks to you 🥰🥰🥰