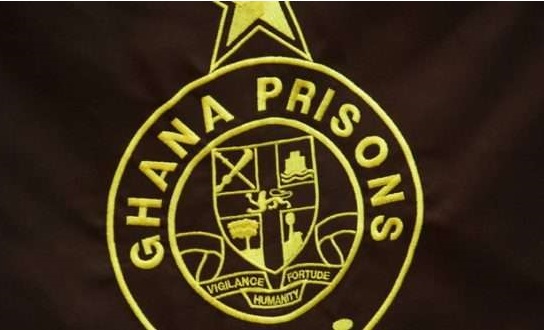 The Ghana Prisons Service (GPS) faces many challenges, including, but not limited to, an inadequate feeding grant (now GH¢1.80 per inmate per day), lack of logistics and lack of vehicles to transport remand prisoners even to and from court when their cases are being heard.

There is even information on how prison officers have to hire taxis or sometimes convey prisoners to court in commercial vehicles (trotros).

We (commuters) have also often seen prison officers walking along the roads with their charges en-route to some social service of weeding the medians of highways in our cities, particularly Accra.

To support the GPS to effectively discharge its mandate of reforming prisoners will require collective action.

It is for this reason that the appeal by the Upper West Regional Prison Service Command for public support to help train prisoners cannot be taken lightly.

According to the Upper West Regional Public Relations Officer of the GPS, ASP Joseph Kpiriko, efforts to train convicted prisoners were being hampered by obsolete sewing and designing equipment and tools.

Also needed by the Upper West Prisons Service are a generator and medicines for the infirmary, as there are qualified nurses among the prison officials to take care of the health needs of the inmates.

There is no denying the fact that these challenges facing the GPS in the Upper West Region are faced by many GPS regional directorates across the country.

Without doubt, a nation that is unable to cater for its vulnerable in society cannot be deemed to be doing well.

For some time now, the country has struggled and is still struggling with the proper maintenance of the GPS.

The struggle has resulted in some reforms, such as the Justice for All Programme to decongest our prisons. Yet, the country has struggled to gain traction in maintaining a certain minimum standard in the reformation processes of prisoners.

An online article by Ben-Bishop Nyanihorba Ayamba, Ato Kwamina Arhin & Juliana Audria Dankwa, titled: The Counselling Needs of Ghanaian Prisoners: The case of Ankaful and Kumasi Central Prisons in the Journal the Ife PsychologIA 25(2) 2017, puts the recidivism rate in Ghana at 4.5 per cent.

That is, 4.5 per cent of all prisoners are convicted again after they have been released.

When prisoners are not skilled or trained, when they are treated inhumanely with bad food or a lack of access to health care, they are left unreformed and thus return to the life of crime they are accustomed to.

We at the Daily Graphic would like to add our voice to the appeal by ASP Kpiriko for society to get involved and support the GPS with equipment and tools.

We have discussed this in previous editorials but we still think that much more can be done to reform our prisoners.

For us, we need to support the vulnerable because it is the right thing for civilised societies to do.

Ghanaians need to support because in one way or another, we are related to these prisoners.

They may be our parents, siblings, relatives, colleagues, neighbours, acquaintances or even friends.

While at it, we would also like to task the GPS to embark on a sensitisation effort to change the perception of Ghanaians in relation to prisoners.

Prisoners are not vile, contemptible or inferior humans. It is the wrong choices they made or the behaviours they put up that have landed them in prison.

They are just like any person, bearing in mind that some prisoners have been falsely incarcerated.

Any of us could fall into that misfortune. Therefore, we need to treat them with all consideration and support, knowing that misfortune can befall any man or woman.