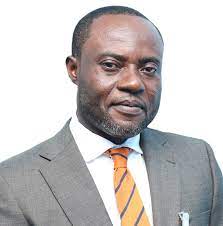 The country’s civil aviation regulator, the Ghana Civil Aviation Authority (GCAA), has announced that it is banning aircraft that are above 20 years from using the country’s airspace.

The story, which was published as the front page lead in yesterday’s Daily Graphic, said the measure was meant to, among other things, ensure the safety of passengers and crew, as well as their comfort while en route to and from Ghana.

Consequently, the GCAA will soon issue a new directive to stop airlines from importing into or flying commercial aircraft that are 20 years and above in the country.

When the directive is issued, Ghana will join a growing list of countries, such as Nigeria, Uganda, Thailand, Bolivia, Malaysia, Mongolia and Turkey, that have imposed age ceilings for commercial aircraft.

The Daily Graphic believes the decision is the right call because the importance of safety in the aviation and airline industry cannot be overemphasised.

The implementation of effective safety programmes in the aviation and airline industry saves not only the lives of employers and employees but also those of the countless clients who use the service on a daily basis.

The importance of safety in the aviation and airline industry is staggering.

When an incident occurs, a segment of the public is more hesitant to fly, resulting in loss of revenue to the airline industry and our greater economy too.

This is in addition to potential lives being lost.

Most airlines continue to fly planes as they age, and many of these aircraft have already exceeded their economic design goals.

Experience proves that high-cycle planes, even those that are well-constructed and kept in good repair, are vulnerable to structural fatigue as they age.

The 'economic design goal' of an aircraft is typically considered to be the period of service, after which a substantial increase in maintenance cost is expected to take place in order to ensure continued operational safety.

A high-cycle aircraft is one that has gone through a high number of pressurisation cycles.

A complete cycle is composed of one takeoff, pressurisation, depressurisation and landing, since these activities place the most stress on an aircraft.

As the air fleet age, these age-related incidents may become commonplace and result in the tragedy of human lives unnecessarily lost.

Complicating the issue is the fact that demand for air travel has increased dramatically since the deregulation of the airline industry and production cannot keep up with the increasing demand for new planes.

Increased competition and the high cost of replacing older planes encourage airlines to cut cost by continuing to use aging aircraft.

Even with the continued use of these older planes, manufacturers operating at full capacity cannot immediately meet the needs of the growing industry.

These factors force airlines to provide an increased number of flights with an aging fleet of planes, thereby expanding the possibility of future age-related accidents. Adequate maintenance procedures for aging aircraft are crucial if airlines are to continue to meet the public demand.

Although age limit has little, sometimes no direct, impact on the airworthiness of an aircraft, and that if proper maintenance procedures are followed chronological age is not a limitation, the directive has become necessary due to recent periodic complaints and dissatisfaction from passengers.

Recent persistent complaints by Ghanaian passengers and how they are shortchanged by these airlines that operate in the country have made it necessary for the GCAA to impose age restrictions on commercial carriers to ensure that passengers get the best when flying to and from Ghana.

The authority has also announced that it is currently in discussions with relevant stakeholders on the new directive that seeks to impose an aircraft age restriction regime.

While we support the directive by the GCAA, we believe it must engage all the stakeholders, especially the airline operators, to ensure smooth and successful compliance with the directive.

When there is proper understanding and alignment between the regulator and its stakeholders, it will make for the flawless execution of the directive.