EDITORIAL: Do-it-yourself strategy must be sustained 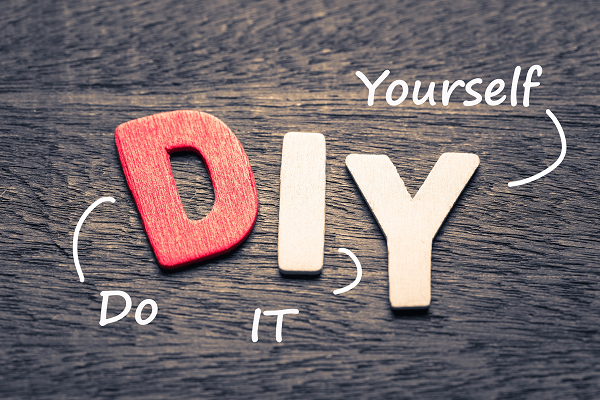 The journey of life is often said to be double sided — there are good times and bad times. Across the globe, Ghana included, economies are facing difficulties, with people resorting to all manner of measures to overcome the challenges.

In moments of difficulty, people resort to doing things in diverse ways and forms. In many advanced countries, for instance, it is a culture for many people to do things themselves to make savings for a better living.

Today, one of our front page stories is on how people are doing things themselves to overcome the economic difficulties.

There is no gainsaying that the country is going through some challenging times economically, a situation that has led people to adopt the Do It Yourself (DIY) strategy to survive. In a crisis period, a lot of innovations take place.

As part of personal strategies, the Daily Graphic, as reported in our story, has seen people resorting to DIY as a means of saving, as the prices of goods and services continue to rise, though incomes remain the same.

For instance, instead of consumers buying finished products from the market, they buy the ingredients and produce the items themselves at home.

At the Agbogbloshie Market, a major bulk breaking point, the Kaneshie, the Dome and the Adabraka markets, as well as the central business district of Accra, the team saw some consumers buying ingredients, as well as some finished products they could not easily prepare at home.

Again, many people are cooking more at home, instead of patronising cooked food from outside, while vehicle owners are washing their vehicles, instead of taking them to the car wash.

The DIY concept has been well embraced in the developed world and for a long time has been part of people’s way of life, particularly when it comes to maintenance.

Unless a problem cannot be fixed by oneself, there is no need to bring in the handy man, given the cost involved in such ventures.

The concept of DIY is not an entirely new one in the country, as it has been part of the way of life in many social settings until in recent times when people have chosen to pay for convenience by patronising services rather than doing it themselves.

On the national scale, initiatives such as ‘Operation Feed Yourself’ caught on quite well in the 1970s as people started having backyard gardens to grow some food items to complement what they purchased from the markets.

In more recent times, people have been encouraged to revisit the initiative to help attain food sufficiency and save cost.

Given the steady rise in prices, with no end in sight, the Daily Graphic finds it prudent to adopt the DIY concept and we would like to encourage many more to get on board, so that money can be saved for the necessities that cannot be improvised, such as paying school fees, utility bills and medical bills and other emergencies that require cash.

Also, in homes and neighbourhoods, families and neighbours are encouraged to plan and pool vehicles to save on fuel expenses. There may even be the need to park vehicles and go by public transport, just to save money for more pressing needs.

It is often said that desperate times call for desperate measures. The Daily Graphic believes that what Ghana is experiencing currently calls for smart measures and living, and hopefully, DIY will be widely accepted to ensure that beyond these challenging times, it soon becomes the way of life.