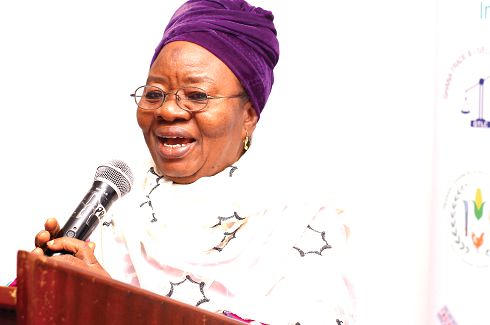 The Peasant Farmers Association of Ghana (PFAG), has said that it would require further investment commitments to anchor the country’s economic recovery, post Covid-19 around the agricultural sector.

It said there was also the need for policy credibility and clarity in the sector over the medium term to make it competitive both internally and externally.

“Investing in agri-business with a firm commitment by government to anchor the post-Covid -19 recovery around the sector will speed up the food self-sufficiency agenda being pursued by the Ministry of Food and Agriculture (MoFA), address most Sustainable Development Goals (SDGs) objectives, empower women and the youth economically, thus, eradicating hunger and poverty, increase employment and control rural-urban migration,” the PFAG stated in response to the call by Ministry of Finance (MOF) for stakeholder inputs into the 2022-2025 Budget and Economic Policy.

Experts say inspiteof the agric sector losing out to the services sector as the largest contributor to gross domestic product (GDP) in the last eight years, the sector's development remain key to the country's development.

According to PFAG, investment for the last four years indicates that the highest level of commitment to capital expenditure was in 2018 (GH₵248million).

“One would have thought that the impact of Covid-19 on the economy and the need to anchor the resilience and recovery strategy of the economy around the agriculture sector would have shifted investment commitments to infrastructure of the sector.”

“The intentions as shown by the results of the 2021 commitments to infrastructure have further declined by about 71 per cent. If this indeed reflects the intentions of government for infrastructure for the sector going forward, it leaves much to be desired,” it said.

Again PFAG noted that the agric sector committed spending measured against the total expenditure of government reveal a declining trend from 0.71 per cent in 2017 to about 0.56 per cent in 2021.

Consequently, adjusting for compensation, it said the expenditure commitments would remain far below the 10 per cent commitment made under the Malabo declaration.

“The pursuit of the objectives of the Malabo declaration over the period between 2017 and 2019 resulted in Ghana becoming one of the best performers in agriculture transformation and commitment to the convention in league with only four other countries across Africa.”

“It is important that this gain is not eroded in the short to medium term by declining commitments to the sector,” it urged.i

ThePFAG said that looking at the investment trend cited above, it implied there would be challenges with financing of the value chain for the government’s flagship programmesto revive the agric sector, the Planting for Food and Jobs (PFJ) programme and the Fertiliser Subsidy Programme (FSP).

It said that currently a debt of about GHC940 million is owed by government to input suppliers out of which GHC250 million had been paid.

A situation, the association said it was responsible for the shortage of subsidised fertiliser in the 2021 farming season with implications on productivity and livelihoods of smallholder farmers.

“Given the predictabilities of the liabilities under the PFJ it is possible for government acting through the Ministry of Finance to plan the financing and payment of supplies to avert such developments, “ it added.