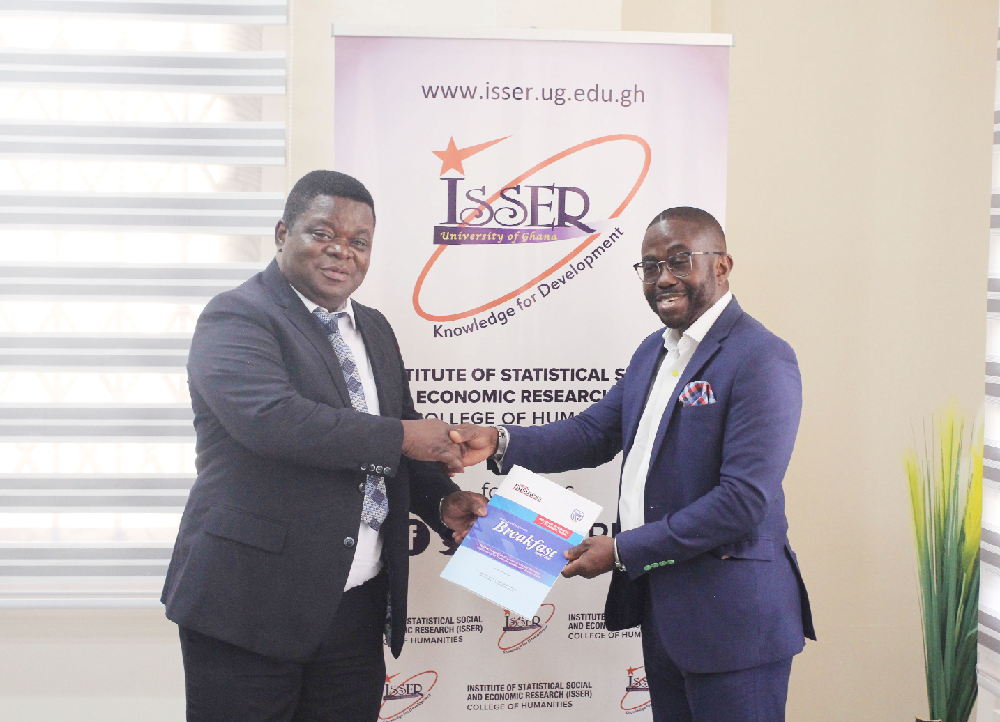 In the quest to find quick fixes to turnaround the ailing economy, the Director of the Institute for Statistical, Social and Economic Research (ISSER), Professor Peter Quartey, has identified two major sectors which when deliberately supported, can help reverse the country’s woes in the short to medium term.

These are the agricultural and industrial sectors which, according to him, hold the key to unlock the country’s potential and take it out of the present difficulties adding that the wholesale approach at this point would not work and for this reason the country needed to remodel its intervention to target district commercial farmers and select industries.

Ahead of the laying of the 2023 Budget statement in Parliament later this month, Prof. Quartey, known as one of the finest economists in the country, said the government’s economic blueprint for the next year should be heavy on the two sectors as part of a grand effort to create more employment, boost food production and enhance local manufacturing of products that hitherto were imported, a move which would also help to reduce the heavy dependence on foreign exchange for import.

Professor Quartey was speaking to the Graphic Business in an exclusive interview as the paper attempted to tap his thoughts on what could be done in the short to medium term to take the economy out of its woes.

This was after the Director Marketing and Sales at Graphic Communications Group Limited, Franklin Sowa, and the acting Editor of the Graphic Business, Charles Benoni Okine, presented two separate reports on the quarter and three editions of the Graphic Business/Stanbic Breakfast meetings, the most patronised thought-leadership platform in the country.

Prof. Quartey said the government must be able to set aside dedicated funds to heavily support a select few in the two sectors with clear mandate and targets to produce specific products for the country.

In the area of agriculture, the Economics Professor said at least two main commercial farmers in each district should be provided with support in the form of credit guarantee to boost production in mostly patronised farm products.

“We need to direct our attention to district agriculture and industrialisation at this point. For each district, we should get two major commercial farmers and provide them with support in the form of credit guarantee and task them to meet a specific target to produce maize, rice and soya.

Prof. Quartey explained that deliberately providing support in the form of credit guarantee to two farmers in each of the various districts would boost agriculture production and curb the rising food inflation.

“We need to invest more in agriculture to help drive the economy out of its current challenges,” he added.

For the industrial sector, he also proposed same assistance to carefully selected entrepreneurs to enhance their operations.

“The government should also be able to do same with industrialisation in the various districts,” Prof. Quartey said

The drop in the sector’s contribution to GDP can be traced to the steady reduction in its growth rates over the years.

The government in recent times had made several efforts to reverse the trend by supporting farmers with subsidised fertilisers and improved seeds under the Planting for Food and Jobs (PFJ) programme but that has yielded minimal results resulting in imports of staples that can easily be grown locally.

Industry on the other hand had suffered similar fate despite interventions made by the government under the district industrialisation programme (1D1F).

The director also called on the government to embark on an aggressive domestic revenue mobilisation, implement the revised tax exemption law and the reintroduce of the road tolls using the electronic pass system.

He also proposed a reduction in the size of government and a reshuffle of ministers as part of measures to help repose confidence in the economy.

Prof. Quartey said the proposed measures would help develop confidence in the economy, adding that the medium-term outlook of the economy still looked good, in spite of the challenges.

In the long term, he said, the economy required a structural change to build resilience against shocks.

“Ghana’s economy is facing some significant challenges, but they are not things that are not surmountable. If we are able to put in the right policies and structures, we should be able to get out of this situation within the shortest possible time,” Professor Quartey said.

The reports presented to IMANI Africa and ISSER were designed by the GCGL and featured selected topics from chairperson and panel members.

It’s from the first and third quarter editions of the breakfast meeting and seek to influence government policies in favour of businesses.