Banks run away from agric sector 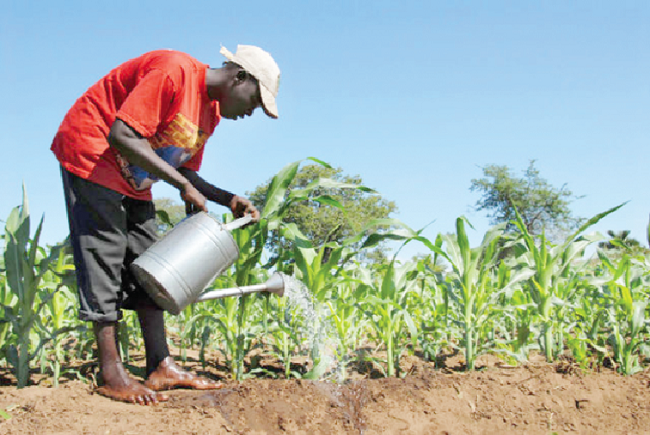 Experts say that agricultural financing can go a long way to help unlock the huge potential in the sector
30.5k Shares

Eight out of the 31 banks in Ghana did not extend their financing to the agricultural sector in 2016, the Annual Percentage Rates (APR) and Average Interest (AI) released by the Bank of Ghana (BoG) has revealed.

The APR and AI report show an average interest of 25 per cent to 45.5 per cent of lending to the agriculture sector.

Out of the 23 banks that extended support to the sector, Unibank charged the highest interest of 45.5 per cent on loans to agriculture, followed by Omnibank, 42 per cent and First Atlantic Bank, 41.2 per cent.

The APR and AI paid on deposits as at January 31, 2017, is published by the BoG to promote transparency in the pricing and provision of banking services.

Although the banks insist on providing lending to the agriculture sector, a bulk of the loans go to support the importation of agriculture products, including poultry but they do little or nothing when it comes to crop production.

The banks aim at profits, hence they will invest in areas with low risk.

The agricultural sector is perceived as a highly risky one. The effect of climate change which results in erratic rainfall, improper record keeping by farmers among many other things are all but a few of the reasons why funding to the sector by banks is often not attractive.

There is also the lack of market access especially, for perishable goods and poor infrastructure, such as warehousing and feeder roads to facilitate market access caused farmers to make losses from production, hence their inability to repay loans.

The Programmes officer of the Peasant Farmers Association of Ghana (PFAG), Mr Charles Nyaaba, deduced that long term credit is needed for farming which further reduces banks’ interest for investing in agriculture activities.

“When banks give long-term loans it reduced the returns, as such, monies could be given for short periods in non-agriculture sector and make quicker returns, hence their preference to such sectors and not agriculture,” he said in   an interview on the APR and AI released by the BoG.

The Head of Department of Finance at the School of Business at the University of Cape Coast, Dr John Gartchie Gatsi, said that agriculture was a business venture that required cooperative approach to raise funds.

He said the government and all stakeholders in the agricultural value chain should work assiduously to improve on the marketing structure for agricultural produce with investment in preservation and storage infrastructure.

“We should quickly get to a point where the marketing structure guarantees access to credit facilities as it is with the cocoa sector. It is very difficult to have differential interest rate regime in the interest of agriculture because of relatively high cost of raising funds,” he said.

The General Secretary of the General Agricultural Workers Union (GAWU), Mr Edward Kareweh, said financial institutions were ready to lend to sectors which were more organised and structured than the food crop areas where there was no guarantee because they depended directly on rain fed agriculture.

He said the resistance of plantation agriculture to the weather is far better than that of food crops and so banks would look where there is more reliability than food crop agriculture.

“Banks can take a defensive and precautionary measure. But given the government’s new agric policy of their planting for food and jobs If you are a banker you will begin to see that there may be some stability and predictability in the food crop sub-sector of agriculture because the government will support production and at the same time look for a market for the sub-sector,” he said.